Racy Reads with Rebecca Chance, Victoria Fox and Nigel May

in conversation with Claire Frost

One of the UK's most glamorous bonkbuster authors, Victoria Fox will be joining fellow bonkbuster writers Rebecca Chance and Nigel May in a celebration of Racy Reads at Waterstones Piccadilly on Thursday 8th September.

The FREE Racy Reads event includes a free glass of wine and will take place from 7pm at Waterstones Piccadilly and will be followed by a book signing.

More information can be found by clicking  here  and  here 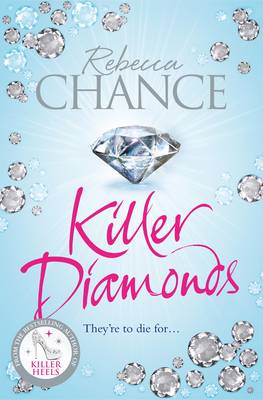 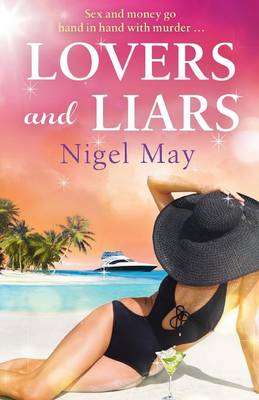 Author Rebecca Chance is the author of nine glamorous thrillers, including Divas and Bad Girls, blockbusters which combine intrigue and romance with her signature outrageous and sizzling sex scenes. Her latest novel,Killer Diamonds, is about an A-list film star whose decision to auction her fabulous jewelry collection sparks a struggle between her and wild-living playboy grandson which turns dangerous and deadly. Follow her on Twitter @MsRebeccaChance

Author Victoria Fox sets her glamorous romances in the fast-paced and glitzy world of Hollywood, where everyone has a secret to hide and drama is always lurking around the corner. Her latest novel, The Santiago Sisters, is a heart aching story of family and desperation. Follow her on Twitter @VFoxWrites

Showbiz journalist and author of Spicy Crime and Glam Fiction novels, Nigel May is a hugely successful writer of five jet setting books filled with sun, sex, and scandal. Lovers and Liars, his latest novel, combines his trademark sense of decadence and flair with a dark murder and twisting plot. Follow him on Twitter @Nigel_May

Claire Frost is Assistant Editor at The Sun on Sunday's Fabulous magazine. As well as editing pages and generally being a bit bossy, she is also the magazine's books editor and so gets to read and review hundreds of brilliant books every year and fangirl at amazing authors. Follow her on Twitter @FabFrosty.

And if you can't attend the event which should be a great evening of book chat,
you can win a fabulous copy of The Santiago Sisters in this wonderful  UK giveaway

The Santiago Sisters is a stunning summer romance which asks the question: just how far would you go to get the life you've always wanted?

When Argentinian twin sisters Calida and Terisita Santiago are separated aged fifteen they think they will never see each other again. Wrenched from her poor but happy life on their family farm Terisita is adopted by world-famous British actress Simone Geddes, who plans to make her into a superstar actress and showers with all that money can buy. Terisita, who has spent her childhood reading Mills & Boon novels, is in her element and on the road to becoming one of the world's most loved movie stars.

Utterly betrayed by her sister, Calida vows that no matter how famous or successful her twin sister becomes, she will fight her way to the top and take on Terisita. Calida starts out with nothing except a camera given to her by her father and letting nothing stand in her way, not even falling in love, she fights her way to the top of the heavily competitive world of fashion photography.

But no-one can predict the explosive events which finally bring the Santiago sisters into the spotlight together.

Picked by Look magazine as one of their Shooting Stars when she published her first novel Hollywood Sinners and nominated by bestselling author Jane Costello, as one of the UKs most exciting new writing talents, the last five years have seen Victoria Fox's stratospheric rise as one of the UK's favourite authors of women's fiction. The Santiago Sisters is Victoria's sixth novel following Hollywood Sinners, Temptation Island, Wicked Ambition, Glittering Fortunes and Power Games.

Victoria grew up in Northamptonshire and went to boarding school in Bristol at 13, where she learned what you can get up to when your parents aren't around and avoided games lessons at all costs. Parts of The Santiago Sisters are based on her experience of attending Badminton School in Bristol. After a short career in commercial publishing in London Victoria now lives in Bristol with her husband who she is madly in love with.


My thanks to Isobel at Midas PR for my review copy of The Santiago Sisters and the generous giveaway opportunity to one lucky winner.