I'm thrilled to be able to welcome best selling author, Sue Shepherd back to the blog 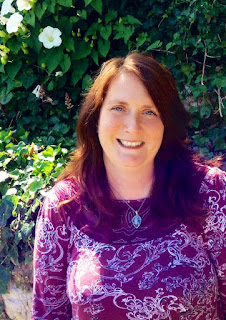 Sue's Latest novel, Love Them and Leave Them is out now

Love Them and Leave Them: Sometimes you have to leave the one you love … sometimes you’re the one who’s left behind. The new heartwarming and heartbreaking romantic comedy from the No.1 bestselling author of Doesn’t Everyone Have a Secret?

On his way home, Ed makes a split-second decision that changes the lives of all those who love him.

Six years on, Ed’s daughter, Jessie, is stuck in a job with no prospects, her dreams never fulfilled. It will take more than her unreliable boyfriend, Chris, and temperamental best friend, Coco, to give her the confidence to get her life back on track.

But what if Ed had made another decision? It could all have been so different …

Six years on, Ed’s daughter, Jessica, has a successful career, loving boyfriend, Nick, and a keen eye on her dream home. But when new clients, a temperamental Coco, and her unreliable boyfriend, Chris, walk into her life, Jessica’s perfect world soon starts to unravel.

Love Them and Leave Them is a story of love, families, friendship and a world of possibilities. Whichever decision Ed makes, the same people are destined to come into his daughter’s life, sometimes in delightfully different ways. And before they can look forward to the future, they will all have to deal with the mistakes of the past.

Another Us by Sue Shepherd

My second novel, ‘Love Them and Leave Them’ explores two possible outcomes of one split-second decision. I have to say, I am rather gripped by the concept that when we make these choices, we somehow create a parallel. It’s intriguing to think that there may be another me, living a different life.
As a family, a few years ago, we chose to up sticks and move to the Isle of Wight. It was a huge decision for us and it changed our children’s lives forever. But what if (yep I said it, I’m sorry, but sometimes it’s just the best phrase available), what if somewhere in a parallel world there are two other boys who didn’t move here? A different version of our children who are still growing up in our old house, who have different friends, who go to different schools, and who know nothing of our life by the sea.  I wonder - are they happy too?

Equally thought provoking is the possibility that somewhere there’s a version of me who simply never finished writing her first novel. God knows I put it down and picked it up a million times when my children were younger and time was short. Is there a me somewhere who doesn’t know the joy I now know of finishing a book and presenting it to the world? (Actually that bit is damn scary, but … you get the idea.)

George Michael sang of turning a different corner and never meeting the right person. How fascinating, how frightening. Are our lives really that fragile? My husband and I met through a similar chance, a decision made by someone I didn’t actually know caused me to change my plans. Those plans ultimately lead to me meeting the man who has loved me (and snored next to me) for 20 years. Surely that’s nuts, isn’t it? If I hadn’t met him, would I be with someone else right now? Would I be saying, ‘I can’t imagine my life without Fred in it!’ You can tell I’ve really given this whole phenomenon some thought, can’t you?

Ultimately, we are who we are, and we do our best. As much as I’m rattling on about it, and inviting you to think about the possibility that there could be another you, living an alternative life, in another part of the world, it really wouldn’t do to spend every moment wondering what we could’ve done differently. Regrets are pointless, they don’t allow us to move on. So I guess I’m saying we have to simply do what feels right at the time and then live with the consequences. We can rest assured that’s probably what the other us is doing right now too!