Following on from Joanna Courtney's guest appearance on my blog yesterday 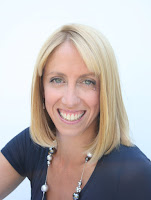 
Two Books in her Queens of Conquest series

As a young woman in England's royal court, Edyth, granddaughter of Lady Godiva, dreams of marrying for love. But political matches are rife while King Edward is still without an heir and the future of England is uncertain.

When Edyth's family are exiled to the wild Welsh court, she falls in love with the charismatic King of Wales - but their romance comes at a price and she is catapulted onto the opposing side of a bitter feud with England. Edyth's only allies are Earl Harold Godwinson and his handfasted wife, Lady Svana.
As the years pass, Edyth finds herself elevated to a position beyond even her greatest expectations. She enjoys both power and wealth but as her star rises the lines of love and duty become more blurred than she could ever have imagined. As 1066 dawns, Edyth is asked to make an impossible choice. Her decision is one that has the power to change the future of England forever . .

Elizaveta is princess of Kiev, but that doesn't stop her chasing adventure. Defying conventions, she rides the rapids of the Dneiper alongside her royal brothers, and longs to rule in her own right as a queen.

Elizaveta meets her match when the fearsome Viking warrior Harald Hardrada arrives at her father's court seeking fame and fortune. He entrusts Elizaveta to be his treasure keeper, to hold the keys to his ever-growing wealth - and eventually to his heart.

Theirs is a fierce romance and the strength of their love binds them together as they travel across the vast seas to Denmark, Sweden, Norway and Iceland. In 1066, their ambition carries them to Orkney as they plan to invade England and claim the crown


Thanks to the publishers Macmillan for this fabulous giveaway opportunity

Giveaway ends on the 30th September