The Author in my spotlight is.... Kate Ryder

I'm pleased to  introduce  the author 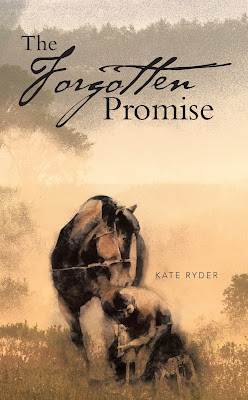 Summary of The Forgotten Promise

Irish lass, Maddie O'Brien, is living an independent, carefree life in London.  She loves her work with a film production company but, as the years slip by, is increasingly aware of a nagging insistence for change.

During a film shoot in Dorset she is inexplicably drawn to a 17th Century cottage for sale.  Although in a semi-serious relationship with Dan, Maddie takes the plunge and exchanges city life for country living.  But all is not what it seems at the cottage and immediately after moving in she experiences visions and happenings which would have most people booking into the nearest hotel.  Not so Maddie; she feels she has “come home”.

Embracing her new life, she soon meets Nick, a local wood sculptor, and, despite both being in relationships, they are immediately attracted to each other.  But who is Nick and what is it that draws them together?

And what is her connection with The Olde Smithy?  Little by little the cottage reveals its secrets and Maddie uncovers the intriguing love story that took place within its four walls during the dangerous days of the English Civil War. 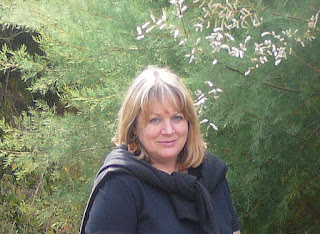 I'm really pleased to welcome you to Jaffareadstoo and I'm excited to learn about your debut novel The Forgotten Promise.


What can you tell us about it?

The Forgotten Promise is a story of self-discovery, lost loves and second chances. It is my debut novel and it wrote itself – I was merely the conduit! This is how the story came into being…

Over the years I have worked in a number of industries in different guises, but always I am drawn to the written word. Within publishing I was employed in editorial as a proof reader, copy editor and, most recently, as chief writer for a national newspaper. In 2013 I joined a writers group in order to exercise my creative writing muscles. The inspiration for this novel came from having swapped the South East of England for the South West.

A few years ago I moved to Cornwall to restore a 200-year-old cottage, rumoured to have been a sawmill. During renovations a time capsule was discovered, buried by a previous owner. This prompted me to consider past occupants and the various dramas that may have taken place within its four walls. Indeed, at one point that’s all there was – four walls! At the same time I was studying short story writing. However, a particular exercise turned out to be a little longer than intended and, with my curiosity piqued about past lives, resulted in this debut time-slip novel.

The Forgotten Promise is not only a rewarding romance but also an intriguing ghost story, which switches between the present day and the English Civil War. When looking for a village in which to base the book, memories of happy childhood holidays spent fossil hunting along the Jurassic coast took me to Dorset. By happy circumstance, I chanced upon the village of Walditch and, through my research into the village and the surrounding area, I discovered historic events on which to pin the story. Most of the historical elements are a true account, though I have exercised the writer’s right to fictionalise with, maybe, a slight tweak of location to fit the tale.

Having polished and re-polished the novel, I sent it off to a handful of agents and sat back and waited. I received a couple of rejection letters (effusive in their encouragement… but not for them) though many did not respond, and I must admit to becoming a little disheartened. So I took the plunge and decided to self-publish. After several weeks searching on the internet for a suitable front cover, I kept coming back to a particular water colour of a farrier and horse; nothing else compared. By a convoluted route – which included the help of a student in Ohio – I managed to track down the artist based in Northern California. Not for a moment did I imagine she would allow me to use her painting, but I emailed her anyway and, by chance, it happened to be Thanksgiving Day when my email arrived in her inbox. I was overjoyed and totally humbled when she said it was the best Thanksgiving gift she had received and that she was happy for me to use it as my front cover! I think you will agree that it is truly atmospheric and, I can assure you, it is perfect for the story.

I am delighted to report that The Forgotten Promise was recently shortlisted in Choc Lit’s “Search for a Star” competition and although I didn’t win, it has given me the confidence to submit my latest novel to traditional publishers for consideration.

I am a member of the Romantic Novelists Association’s New Writers’ Scheme and write thought-provoking romance, suspense and mystery novels with substance. My novels have gained several 5-star Amazon reviews and I have been told that my writing appeals to fans of Joanna Trollope, Liz Fenwick, Kate Morton and Kate Mosse, amongst others.

Today, I live in a totally renovated 200-year-old sawmill in the beautiful Tamar Valley with my husband and a collection of animals, and we are (almost) mad enough to consider doing it all over again!

Connect with Kate on her website for signed copies

Kate, it's been a real pleasure to have you as our author in the spotlight today.

Jaffa and I have enjoyed reading about The Forgotten Promise and we wish you continuing success with your writing.

You can read my review of The Forgotten Promise Here