The author in my spotlight is ... Siobhan MacDonald

I am delighted to introduce the author of Twisted River 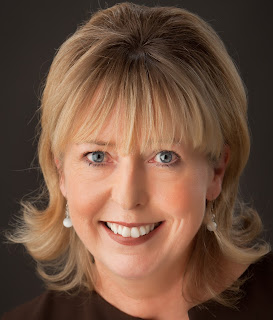 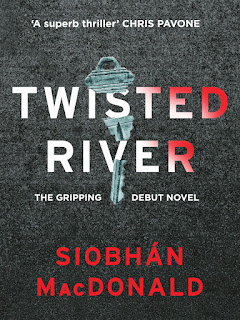 Hello Siobhan, thanks for taking the time to answer our questions about your debut novel, Twisted River...


What inspired you to write Twisted River?

My inspiration for Twisted River arose from a discussion that explored the idea of a house-swap for a family holiday. “To travel hopefully is a better thing than to arrive”, so said Robert Louis Stevenson, and who among us doesn’t count the planning and anticipation of a holiday as part of the holiday pleasure? Looking at brochures, poring over Trip advisor, and planning itineraries can sometimes be more fun than the holiday itself.

Teetering on the edge of a house-swap so many times, I always chickened out, imagining a host of things that could go wrong. The more I thought about it, the more the suggestion was riddled with potential hazards. It seems a leap of faith that could so easily unravel into much more. Entering a space that someone else inhabits, into someone else’s world and they to yours, seems fraught with risk. Such an arrangement has the potential to mean far more than just stepping into the bricks and mortar of someone else’s home.

The notion of people you have never met in real life wandering casually around your home is quite peculiar. And despite assurances and safeguards from websites, when arrangements such as house-swaps are conducted on the web, what guarantees do we really have that people are who they say they are, or indeed that they are the owners or occupants of a property in question?

The period prior to going on holiday can be a flash point for all kinds of emotion. The excitement and anticipation often blighted by the stress of completing work projects or domestic tasks. In addition, when travelling in close confines, it’s so much more difficult to ignore the unsaid conversation or strange behaviour, and secrets are harder to hide.

I believe the truth is stranger than fiction. I also believe that domestic life provides abundant material for a suspense novel and as such the premise of a house swap gave me great scope to explore that place where the creepy meets the familiar.

That if I keep writing and keep editing that I may have something that I would like to read myself and ultimately a read that could provide a few hours escape for other readers.

I do have a preferred set of requirements that include complete quiet if I’m plotting, a seat by a window to see the birds and the sky, and of course coffee is a must.

Sit down at a computer, or with a pen and paper, and write anything at all to begin with. The process of writing itself, regardless of how good or bad can unlock the imagination and get those creative neurons firing. Don’t be too harsh on yourself in the beginning and be prepared to throw any initial ramblings in the waste basket. Write a paragraph, write a page, write two pages, and soon you’ll have a chapter.

Writing groups work for some people but others are easily put off by other people’s prowess. I don’t think you should try and imitate another’s voice, you should try to find your own.

I’d like to work in television (I had a near miss once - being called for a second panel interview with RTE but I had another job offer on the table which I took.)

Have you any plans for another novel, and if so, can you give us a hint of what's to come?

I’m currently putting the final touches on a tale of suspense called The Blue Pool that centres on the fallout for a group of four university students on a weekend in the country when one their party disappears. Twenty-five years later someone goes to the police professing to know what happened to the missing student. The revelation is a bombshell that threatens the lives that they have built since then. 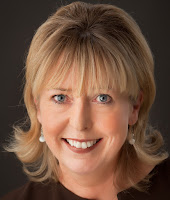 My thanks to Siobhan for being such a lovely guest.

It's been areal pleasure to have you in our author spotlight today.

Come back and see us again as soon as The Blue Pool is released !!

My thanks to Hayley at edpr for my review e-copy of this book and for her help with this author interview.