The Timmers’ sisters, Kim and Mia have been locked away in a secure institution for twenty years. Their conviction as child killers gives them a certain amount of notoriety, and as they are now due for release, everyone is understandably nervous about their reintroduction to society. Inevitably, once they gain their freedom, the girls disappear along with their nurse, who was given the task of escorting them to a safe house, and as the search begins to find the girls, tensions begin to run high. And for DI Pieter Vos, from the Amsterdam police, re-opening the Timmers’ case brings more questions than it does answers.

I read the story quickly, and was impressed by how easily I became involved with the characters, particularly Kim and Mia who are not a bit likeable. They are both superbly flawed and completely unreliable as narrators, and whilst that, at times, makes for uncomfortable reading, it also gives the story a certain creepy edginess. By the end of the novel I, sort of, liked them a little better and hoped that things would work out for them, but I won’t spoil the book by giving anything away, that’s for you to find out for yourself.

There is no doubt that the author has a real skill for storytelling and he allows his characters to become really integral to the plot. There is no superfluous dialogue, just really good story telling with a frighteningly realistic edge and Vos in particular has more than enough faults and foibles of his own to carry the story along. This is my first read of  a book in the Pieter Vos series, indeed it’s also my first book by this author, and I was impressed by how quickly the story grabbed my attention and even though this is now the third book in the Vos series, I thought that Little Sister worked, very comfortably, as a standalone story. 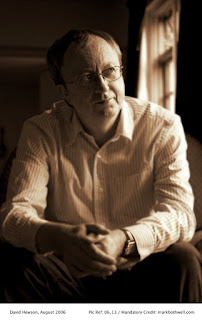 Interview with the author can be found here

My thanks to the author and publishers for my review copy of this book.