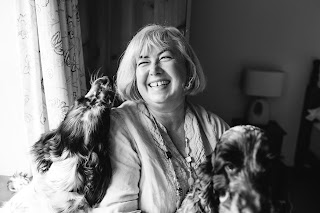 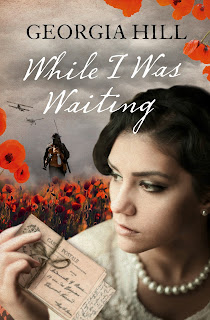 The inspiration for writing comes in many shapes and forms. I’ve been writing and thinking about While I Was Waiting for a long time. Maybe much longer than I think. So, what made me write a book set during World War 1?

After a sunshine-filled, hot summer of political uncertainty, August 4th 1914 saw Britain declare war on Germany. It was to become one of the bloodiest conflicts in history, with an estimated 9.7 million dead.

One of the war dead was my great-grandfather, David Batham.

He was killed in 1915. Too old to enlist, he volunteered anyway. His brother had been taken prisoner early in the war and it made David determined to serve his King and country. Fatally injured by an exploding shell, he left behind a widow and three young children.

My great-grandfather was often talked about. His son, accompanied by my father, made the journey to his military grave in La Brique Cemetery in Belgium. His daughters, who I remember as old ladies, would reminisce but not just with pride. Their loss, fifty or so years later, was clear to me, even as a young child.

Maybe because of this, my father developed a passionate interest in the Great War, which he passed down to me. We were a reading family and made weekly trips to the local library – it was the highlight of my week! My childhood home was full of books. My father was a keen reader of biography and history and my mother still loves to read romance. It’s no surprise that my reading taste is wide. I have several of my father’s favourite books and one of them is this.

It’s not a book for the faint-hearted and certainly not one I would let children look at. However, when I was young, it held a morbid fascination for me. It’s a collection of photographs which depict the horrific realities of the Great War. The reader is spared nothing. You are left in no doubt as to what happens to frail human bodies when faced with shells and explosions. Uncensored, it possibly wouldn’t be published now and once seen, it stays with you.

I remained interested in World War 1 as a teenager. In the late 70s two series hit the television screen. One was an adaptation of K M Peyton’s Flambards books and one was Testament of Youth. I loved both, read the books and strongly identified with the heroines. Later, I gobbled up Sarah Harrison’s much underrated The Flowers of the Field and read Birdsong just as avidly. 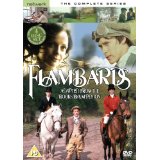 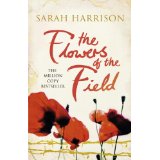 More recently, when looking round a National Trust house, I was moved by seeing the bedroom of a son of the house. It was kept just as it was when he had left it to go to war, never to return. And in another big house, I learned that not just one son went to war but all three. And all three died.

Looking back, it’s easy to see how this  percolated down to make me want to write While I Was Waiting. As well as having all these things to inspire me, a writer soaks up conflict, universal themes and big issues. The Great War offers all that and more.

It’s 101 years since World War 1 began. It paved the way for a new Europe, another world war and changed the lives of everyone, be they serving soldier, munitions girl or fatherless child. It continues to shock, horrify and inspire even now. While I Was Waiting is my tiny and very humble tribute to all those who loved, suffered, fought and died.

I used to live in London, where I worked in the theatre. Then I got the bizarre job of teaching road safety to the U.S. navy – in Marble Arch!

A few years ago, I did an ‘Escape to the Country’. I now live in a tiny Herefordshire village, where I scandalise the neighbours by not keeping ‘country hours’ and being unable to make a decent pot of plum jam. Home is a converted oast house, which I share with my two beloved spaniels, husband (also beloved) and a ghost called Zoe.

I’ve been lucky enough to travel widely, though prefer to set my novels closer to home. Perhaps more research is needed? I’ve always wanted to base a book in the Caribbean!

I am addicted to Belgian chocolate, Jane Austen and, most of all, Strictly Come Dancing. Keep dancing, everyone!

It's been a real delight to have you as our guest today.