The author in my spotlight is .....B A Paris 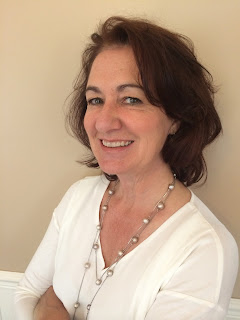 Sharing her thoughts about her debut novel

Where did you get the first flash of inspiration for Behind Closed Doors?

There were a few little incidents with a couple I used to know some years back which made me wonder what their relationship was really like when they were on their own. It gave me the idea for a story, my imagination took a giant leap and Behind Closed Doors was born.

It’s about a couple who, on the outside, have it all, but on the inside, it’s a very different story. It starts with them hosting a perfect dinner party but as you read, you realise that all is not quite as it seems.

Were you inspired by people and places you knew, or were your ideas drawn purely from your imagination?

For Behind Closed Doors, I was inspired by the characters themselves. I never expected it to turn out as it did - I had an idea of where the story would go but as soon as I started writing, the characters stepped in and took over, driving the story in a direction I hadn’t at all expected. It was a hugely exciting process, especially when it came to Jack. Even I was shocked by some of the things he said and did!

It was more once I’d completed the novel. I’d thought that no-one could possibly live the life that Grace does, that I had over-exaggerated her situation. But then I read the stories of two women who had been completely controlled by their partners, to such an extent that when they could have got away – when they were allowed out on their own, for example – it didn’t occur to them to ask for help because they were no longer able to think for themselves. They were so used to doing exactly what they were told and never questioning anything. And I realised that there are women out there who do actually lead a life similar to Grace’s, where the abuse is psychological rather than physical, but just as damaging.

Do you write the type of books you most like to read? Which authors most influence you?

The books I enjoy most are those that are well-written, whatever the genre, and by that I mean those where the language is beautifully controlled, not those where there are so many adjectives littering the pages that they become a distraction. One of my favourite books, for that very reason, is The Reluctant Fundamentalist by Mohsin Hamid. His command of language is just wonderful. Other than that, I am influenced by authors who have great story-telling skills, who are able to weave complex plots whilst keeping a firm hold on all the different threads. George R R Martin is an amazing example of this.

From Behind Closed Doors, I hope that anyone who is in a situation remotely similar to Grace’s will take their courage in both hands and do the thing that is hardest, which is admit that they are in an abusive situation and find help. On a lighter note, I hope people will stop looking over the garden fence and worrying that everybody else’s relationship is better than theirs!

What can we expect to come from you next?

Another psychological drama. I enjoyed writing Behind Closed Doors so much that, for the moment, I’m sticking to the genre!

Huge thanks to B A Paris for answering my questions so thoughtfully.

It's been a real treat to have you visit our blog.


Jaffa and I wish you continued success with your writing career and look forward to what's coming next.

B A Paris grew up in England but has spent most of her adult life in France. She has worked both in finance and as a teacher and has five daughters. Behind Closed Doors is her first novel. 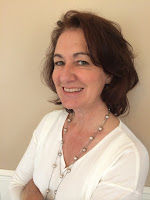 
My review of Behind Closed Doors