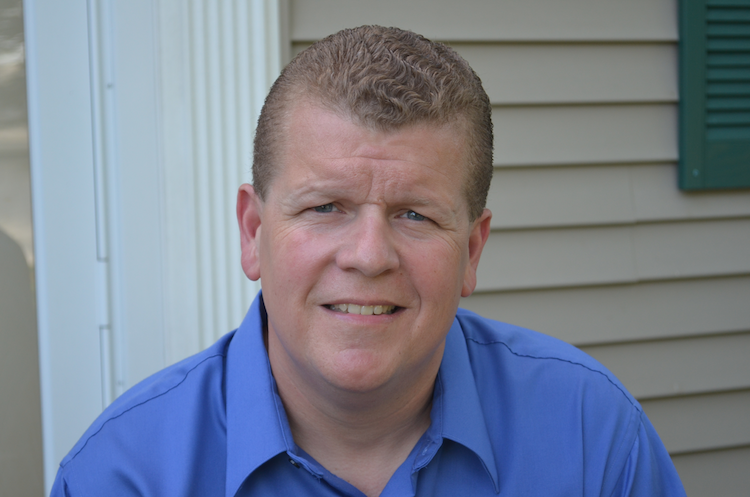 They met at the worst possible moment...or maybe it was just in time. David McClain was about to go to war and Lindsey Wood was there at his going-away party, capturing his heart when falling for a woman was the last thing on his mind. While David was serving his country, he stayed in close contact with Lindsey. But war changes a person, and when he came home very little had the same meaning that it had before – including the romance that had sustained him. Was love truly unconquerable, or would it prove to be just another battlefield casualty?

~Hi Steven, welcome back to Jaffareadstoo~


Tell us about your latest book  - Gooseberry Island.....

Where did you get the first flash of inspiration for Gooseberry Island?

I served in the first Gulf war, which was a brutal experience. Like many others, I returned home to face some pretty serious demons—namely, PTSD. I’ve been writing for many years now and decided that it was time to bring some much needed awareness to servicemen and women who suffer upon returning home from Iraq and Afghanistan.

One of the novel’s main storylines depicts a modern-day romantic relationship—that is both intense and very cool at the same time. I served in a war environment, so the scenes that take place during the protagonist’s military service are very true-to-life. Lastly, for every book sold, we’re donating one dollar to the Wounded Warrior project, as well as an e-copy to a serviceman or woman returning home.

I used to be the latter (start writing and see where it goes) until I signed with Lou Aronica at The Story Plant. In the last three years, he’s mentored me on the incredible value of storyboarding. It’s amazing how much better my writing has become due to having a solid outline at the outset.

Whilst you are writing, you must live with your characters. How do you feel about them when the book is finished? Are they what you expected them to be?

I’m sad whenever I finish a book, which is a good sign (as I’ve become attached to the characters). Gooseberry Island was no different. They become a part of me and I begin to live through them.

Actually, I like to read all types of books—from horror to non-fiction. The books that I write share an audience with Nicholas Sparks, Mitch Albom (both of whom I respect). However, I also enjoy the work of authors I would never compete with—from Stephen King to James Patterson.

I’m currently writing, The Changing Season. It’s a coming-of-age story, capturing the summer between high school graduation and college. The main character—Billy—has a dog, Jimmy, who I’ve fallen in love with.

My thoughts on Gooseberry Island


David and Lindsey meet just hours before David is deployed for a twelfth month tour of duty to Afghanistan. As part of an elite Rangers group David sees some violent situations, but he is heartened by the times he shares with Lindsey; using Skype gives him the chance to see her beautiful face and love letters allow him to share his innermost feelings. After his tour of duty, David decides to leave the army, but his return home to Gooseberry Island, a place he loves and where he calls home, is hampered by unexpected panic attacks and violent flashbacks. Post traumatic stress disorder can strike at anyone at any time but for those brave souls in our society who put their lives on the line for public safety, PTSD can all too easily overpower and overshadow.

In this book, Steven Manchester combines the overwhelming attraction of two people meeting and falling in love alongside the sheer desperation of a traumatised life, and in doing so he shows the all too human face of adversity. With warmth and understanding and a sympathetic writer, this story starts to come alive. The characters very quickly become as familiar as friends, and you start to care about what happens to them and hope that as the story progresses some sort of resolution can be achieved.

Gooseberry Island really gets the PTSD message across in a realistic way. The story works well as a powerful love story and it also works as a fitting testament to the bravery of our armed forces.

If so, instead of eating something you don’t really need,or boosting your system with extra caffeine, maybe you could download this book where until the end of January 2015, $1 will be donated to the Wounded Warrior project... you can find more details here...

You can read more about Gooseberry Island here. It is available for sale at Amazon, Barnes & Noble, iBooks, Kobo, and IndieBound.

My thanks to the author for sharing this book with me.