Author in the Spotlight ~ Susan Grossey

It is my great pleasure to welcome back to Jaffareadstoo, author 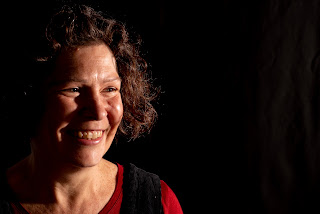 Susan has recently brought her long running, and very successful, crime series about Constable Sam Plank to an end and is about to embark on a new venture.  Here Susan shares her love for Sam and the excitement and anticipation for the new series.

Serial offender: my love of the book series

Many of the best things in my life have been happy accidents: meeting my husband (he gate-crashed a party so shouldn’t have been there), buying our house (the seller’s girlfriend left him the week after they finished renovating and he couldn’t bear to stay) – and writing the Sam Plank Mysteries, a seven-book series. I did not intend to write a series: as far as I was concerned, “Fatal Forgery” was a standalone novel – and having completely rewritten it to change the narrator, frankly I was glad to see the back of it. But that new narrator, a well-meaning, slightly crusty, deeply honourable magistrates’ constable called Sam Plank… I just couldn’t get him out of my mind. And after only a month or two he popped back into my brain with another story to tell, and quickly let me know that he was in it for the long haul. Over nine years I have written seven Sam Plank books, finishing the series with number seven – “Notes of Change” – in April 2022. 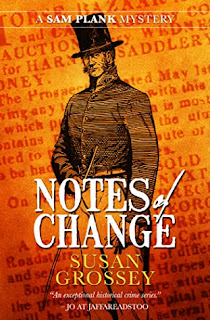 I am secretly glad that I didn’t know from the beginning that there would be seven linked books (albeit with standalone plots) – the prospect would have been petrifying. Although I have always been fascinated by the idea of continuing characters, I knew it would be hard work: do the screenwriters for “Coronation Street” and “Eastenders”, for instance, have the most enormous wall of Post-It notes, showing all the family connections and plot intricacies, to make sure that no-one accidentally sleeps with their sister? And it has certainly been a mental puzzle – but one that I have grown to love. I have fulsome notes on each of the major characters – hair colour, favourite meals, childhood memories – to ensure consistency. I have several maps of London (thank you, Transport for London – your free cycling maps have been a boon!) carefully marked with locations (and notes of any changes of street name since the 1820s – more common than you might imagine). And my own author copies of the novels bristle with sticky page markers, highlighting important revelations that should be echoed or addressed or resolved in later books.
But the benefits of writing a series far outweigh the difficulties. First and foremost, I have been able to spend almost a decade with the characters I love. I have had the luxury of watching them develop and grow and learn and change. I have seen friendships blossom and love grow slowly – and I have watched grief take hold. I have enjoyed seeing my own knowledge deepen. In the beginning, it was a slog, this historical setting lark – I couldn’t write “she poured him a cup of tea” without checking (a) could a man and woman be alone in that setting, (b) would people of their class and wealth have cups, and (c) did people in 1824 drink tea at that time of day? It took forever to write a single chapter, as I was determined to get it right – and I do so love my research. But by book seven I am fairly confident that I know enough about late Regency London to write a convincing and accurate description, which is intellectually extremely satisfying as an author. And then of course there are the readers: they are a small band, but loyal. As soon as a book is published, I get emails asking when the next one will be out – Sam’s wife Martha seems to have a particularly vociferous fan-club. I love the idea that we have created this alternative world of made-up characters that we all share.
As I say, the final Sam Plank book is now out. But writing seven books has not cured me of my obsessions with financial crime, or the 1820s, or early policing, or indeed book series. And so I have now embarked on another series. This will be a five-book series (that’s the plan…) set again in the 1820s, but this time in my hometown of Cambridge and narrated by a university constable called Gregory Hardiman. Knowing from the outset that it will be a series – and with hard-won wisdom from the Sam Plank series behind me – has certainly informed how I am working. I already have separate notes files for each character and each plot, and (six chapters in) I am knowingly “saving” information for later – I don’t feel I have to tell the readers everything about Gregory right up front. It is rather like a new friendship: I am enjoying getting to know him – and Cambridge in the 1820s – slowly and carefully, as I look forward to at least five years in his company.
About the author
Susan Grossey has made her living from crime: for twenty-five years she ran her own anti-money laundering consultancy, indulging her fascination with financial crime. And now she feeds her obsession by writing historical crime fiction dealing with such nasties as blackmail, counterfeiting, fraud and art crime. She has spent years haunting the streets of late Regency London, in the company of magistrates’ constable Sam Plank, who operates in the fascinating policing period after the Bow Street Runners and before the Metropolitan Police. The fourth Sam Plank novel – “Portraits of Pretence” – was given the “Book of the Year 2017” award by influential book review website Discovering Diamonds. And the fifth – “Faith, Hope and Trickery” – was shortlisted for the Selfies Award 2019. Susan lives in Cambridge with her gate-crashing husband and cat/critic Maggie.
“Fatal Forgery” – the first Sam Plank novel – is currently available as a free e-book on Amazon (and all other e-book retailers). 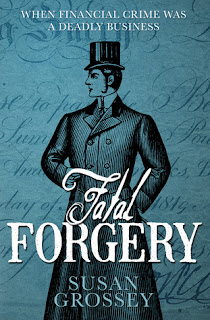 If you want to get a monthly update on the research Susan is doing (with a free Regency glossary as a sign-up bonus), you can sign up here
Website
Twitter @ConstablePlank
Huge thanks to Susan for being our author in the spotlight today
and for sharing her Sam Plank stories with me over the last few years. 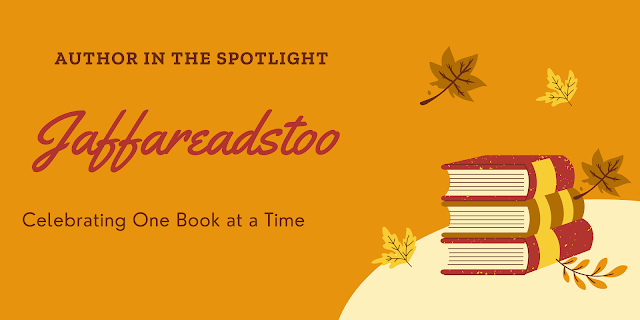