When stable girl, Farah Ash, is sacked from her job, her only concern is the beloved horses she cares for. Farah suspects foul play and is determined to expose the secrets and lies she’s uncovered - no matter what.
Self-made millionaire, Isaac Fernandez witnesses Farah’s shocking dismissal and senses immediately that she has uncovered something dangerous – perhaps even deadly. And his fears are confirmed when Farah is almost killed.
And as more threats come Farah’s was, it’s clear someone is out to silence her for good. Unless Farah and Isaac can uncover the truth and put a stop to the deadly chase – before it’s too late.
📖 My Review...
Farah Ash has her dream job working in a prestigious riding stable but when she uncovers something suspicious going on her boss isn't too keen on her interfering in stable business. With the help of wealthy race horse owner, Isaac Fernandez, Farah starts to uncover a web of intrigue which will take both her, and Isaac, into great danger.
The Chase hits the ground running in an exciting thriller which looks at the wheeling and dealing going on behind the scenes at this riding establishment and how the perpetrators of a dangerous crime will stop at nothing to get what they want, even if it means killing in the process.
I enjoyed getting to know both Farah, and Isaac, and even though their lifestyles, and backgrounds, couldn't be more different, they soon discover that they have much in common and their growing attraction to each other is done in a lovely realistic way. Whilst there is an unashamedly romantic edge to to the story this doesn't detract from what is, after all, a really suspenseful story, with enough twists and turns, thrills and spills to keep you guessing until the end.
Well written, with a complex mystery at the heart of the story, and with characters who you really start to care about, The Chase is an intriguing, and exciting, revenge thriller.
🍴Best Read with... a good roast dinner
About the Author 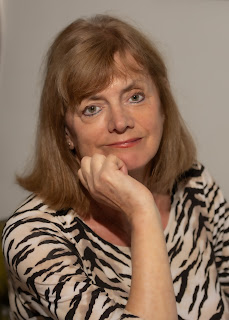 Evie Hunter has written a great many successful regency romances as Wendy Soliman and is now redirecting her talents to produce dark gritty thrillers for Boldwood. For the past twenty years she has lived the life of a nomad, roaming the world on interesting forms of transport, but has now settled back in the UK.
Twitter @wendyswriter #The Chase
@BoldwoodBooks #BoldwoodBloggers
@rararesources @bookandtonic 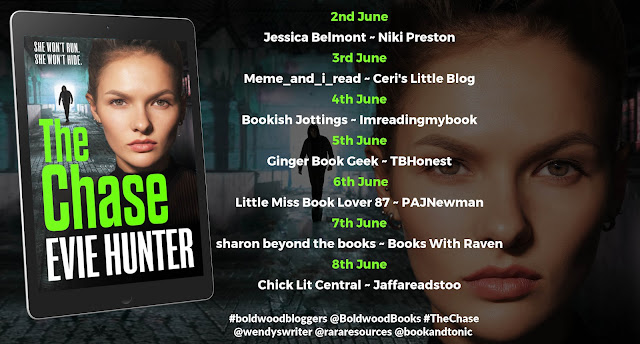