Edinburgh 1880. When Amy Osbourne’s parents are lost at sea, she is forced to leave her London home and is sent to live with her aunt and uncle at the opposite end of the country.
Alardyce House is depressing and dreary, her aunt haughty and cruel. Amy strikes up a friendship with her cousin Edward but his older brother Henry is just as conceited as his mother, and a mutual loathing develops between him and Amy.
As her weeks of mourning pass, the realisation begins to dawn on Amy that her aunt has designs on her inheritance and the candidate she favours to be her niece's husband fills Amy with horror. Struggling in this strange, unwelcoming environment, Amy begins to suspect that something isn’t right at Alardyce House.
There are rumours below stairs of a monster on the loose, local women are being brutally attacked and her cousin Henry is the prime suspect. Alardyce House is full of dark secrets and Amy isn’t sure who she can trust.. 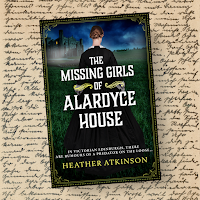 📖 My Review..
Amy Osbourne's parents have only recently died when she arrives at Alardyce House to live with her aunt, uncle and cousins. From the start there is something distinctly off about this dark and foreboding house and Amy's welcome is far from cordial as, from the start, it's her aunt's ambition to get Amy off their hands and married as soon as possible.  However, when Amy enters into an ill fated sexual relationship with one of the male servants, it alters the course of her life forever.
Set during the later years of the nineteenth century, The Missing Girls of Alardyce House is a melodramatic gothic novel which has all the trademarks of a brooding and complex mystery especially as Amy is subjected to some pretty life changing stuff which, at times, makes for difficult reading. Delving deeper into the mystery at the heart of the novel there is much to take in, especially about Victorian attitudes towards women and the complex twists and turns in the plot make the latter half of the story particularly interesting.
The Missing Girls of Alardyce House has some truly menacing, and deeply dangerous moments, which are not for the faint hearted but which add a sinister edge to a dark and complex historical thriller. As this is the first book in a proposed trilogy about Alardyce House I can see where the story will expand to, particularly as the ending of the book lends itself, very nicely, to the story moving forwards.
Best read with...a large cup of restorative tea and a few comforting biscuits 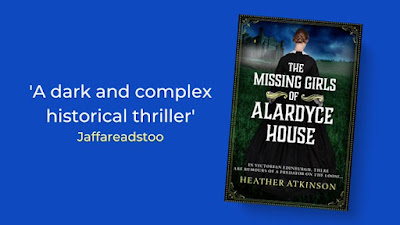 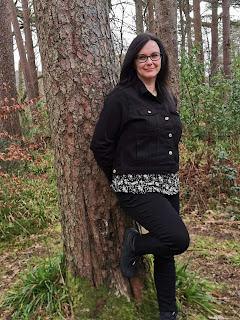 Heather Atkinson is the author of over fifty books – predominantly in the crime fiction genre. Although Lancashire born and bred she now lives with her family, including twin teenage daughters, on the beautiful west coast of Scotland. Her gangland series for Boldwood, set on the fictional Gallowburn estate in Glasgow begins with the title Blood Brothers.
Twitter @HeatherAtkinso1 #TheMissingGirlsofAlardyceHouse
@BoldwoodBooks #BoldwoodBloggers @bookandtonic
@rararesources 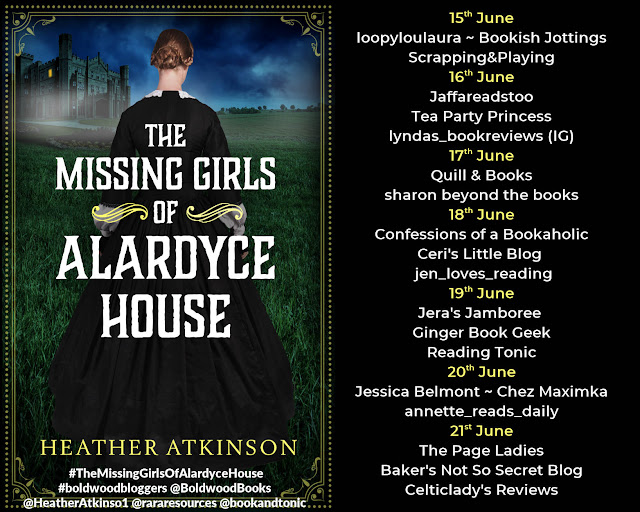