Thrilled to be hosting today's stop on this blog tour

Scotland, 1949: Caroline Gillan and her new husband Alasdair have moved back to Kelly Castle, his dilapidated family estate in the middle of nowhere. Stuck caring for their tiny baby, and trying to find her way with an opinionated mother-in-law, Caroline feels adrift, alone and unwelcome.
But when she is tasked with sorting out the family archives, Caroline discovers a century-old mystery that sparks her back to life. There is one Gillan bride who is completely unknown - no photos exist, no records have been kept - the only thing that is certain is that she had a legitimate child. Alasdair's grandmother.
As Caroline uncovers a strange story that stretches as far as the Arctic circle, her desire to find the truth turns obsessive. And when a body is found in the grounds of the castle, her hunt becomes more than just a case of curiosity. What happened all those years ago? Who was the bride? And who is the body...? 📖 My Thoughts...
Home to the Gillan family, Kelly Castle in Scotland has been in their family for generations. A sinister discovery there, in 1949, opens up a family secret which has been hidden for over a hundred years. Charged with the task of searching through the family archives, Caroline Gillan discovers far more about Kelly Castle, and its Victorian occupants, than could ever have been imagined.
The story moves seamlessly between learning more about the Victorian owners of the castle and what's happening to the Gillan family in 1949, especially that of Caroline who has married into the family and is finding life with her mother-in-law, Martha, a little overpowering. The Victorian mystery of Kelly castle is gradually uncovered in a fascinating dual time story which takes us deep into the biting cold of an arctic winter when Oliver Gillan finds himself on board a whaling vessel bound for the Artic. Discovering more about the eponymous woman made of snow adds a tantalising mystery and as we gradually discover just who she was, so we discover why her secret has lain hidden for so long.
The story is one of stark contrasts, harshly beautiful in places, whilst gently beguiling in others, and yet is also wonderfully descriptive of a bygone age. The oppressive restrictions of the social morals of Victorian England runs alongside that of the harsh beauty of the Arctic tundra, as the proud nature of the Inuit people, their legends and customs, come gloriously to life. Atmospheric, imaginative and beautifully written, A Woman Made of Snow, combines multi-generational history with a mesmerising family drama which was every bit as good as I knew it would be from this talented author who, since her very first book, in terms of story content, has never let me down.
A Woman Made of Snow takes its well earned place on my Books of the Year List...
About the Author 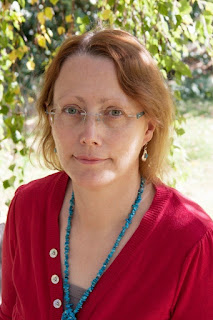 Elisabeth Gifford grew up in a vicarage in the industrial Midlands. She studied French literature and world religions at Leeds University. She has a Diploma in Creative Writing from Oxford OUDCE and an MA in Creative Writing from Royal Holloway. She is married with three children, and lives in Kingston upon Thames. A Woman Made of Snow is her fifth novel. 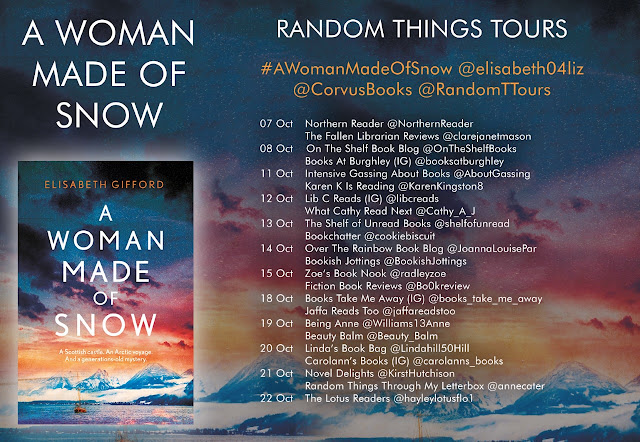