📖 Hist Fic Saturday ~ The Lines Between Us by Rebecca D'Harlingue

In 1661 Madrid, Ana is still grieving the loss of her husband when her niece, sixteen-year-old Juliana, suddenly vanishes. Ana frantically searches the girl’s room and comes across a diary. Journeying to southern Spain in the hope of finding her, Ana immerses herself in her niece’s private thoughts. After a futile search in Seville, she comes to Juliana’s final entries, and, discovering the horrifying reason for the girl’s flight, abandons her search.
In 1992 Missouri, in her deceased mother’s home, Rachel finds a packet of letters, and a diary written by a woman named Juliana. Rachel’s reserved mother has never mentioned these items, but Rachel recognizes the names Ana and Juliana: her mother uttered them on her deathbed. She soon becomes immersed in Juliana’s diary, which recounts the young woman’s journey to Mexico City and her life in a convent. As she learns the truth about Juliana’s tragic family history, Rachel seeks to understand her connection to the writings―hoping that in finding those answers, she will somehow heal the wounds caused by her mother’s lifelong reticence.
📖 My thoughts..
There is thought to be a story in all of us but only some are brave enough to put pen to paper and in this, her first novel, Rebecca D'Harlingue has been brave enough to share her words and presents a beautifully written and at times lyrical, family saga. We make the momentous journey with Ana in seventeenth century Madrid as she desperately tries to discover the whereabouts of her sixteen year old niece Julianna, who has gone missing from her home.
In descriptive journal entries we begin to piece together this tragic story which, we later discover, has never been told within the family. Three hundred years into the future, in 1992, Rachel's discovery of a diary, and a bundle of letters, written by Juliana opens up this family secret to scrutiny, and so secrets, so long hidden, gradually start to be revealed.
I enjoyed reading of the juxtaposition of the two worlds, that of the older seventeenth century world inhabited by Juliana and Ana which runs comfortably alongside Rachel's life and personal dilemmas in the new world of America in the twentieth century. There is much to learn about all three women and the author brings them to life with intricate historical detail and a charming eloquence which makes the story so interesting to read.
The Lines Between Us is a well written, dual time family drama which takes us on a fascinating journey and allows the voices from the past to reach out to those who, we hope, will carry their stories forward, way into the future.
About the Author

Rebecca D’Harlingue has studied Spanish literature, worked as a hospital administrator, and taught English as a Second Language to adults from all over the world. The discovery of family papers prompted her to explore the repercussions of family secrets, and of the ways we attempt to reveal ourselves.
Her debut novel, The Lines Between Us, was a finalist in the Best New Fiction category in both the International Book Awards and the Best Book Awards. It was a finalist in Historical Fiction in the Foreword INDIES Book of the Year Awards.
Website
Amazon 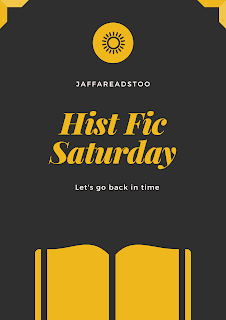