Delighted to host a stop on the blog tour today
1938, Salzburg. A powerful story of hope, forbidden love, and incredible courage, about three sisters who will risk everything—even their own lives—as part of the resistance movement in Nazi-occupied Austria.
Johanna, Birgit and Lotte Eder have always lived a quiet life, working in their father’s clockmaking shop and helping their mother in the house. But like many other Austrians, they find it impossible to ignore the changes in the world around them.
At first Johanna finds it hard to believe the Nazis pose a real threat. But then her father hires Franz to help in his shop. He’s kind and soulful, with dark eyes that twinkle with intelligence. But he’s Jewish, and as Johanna falls for him, she realizes that loving him puts them all in danger.
Then comes the Anschluss—the reunification of Austria and Germany under Nazi rule. The three sisters’ lives have become ever more separate with Lotte joining the convent at Nonnberg Abbey and Birgit’s secret involvement with the Resistance. But as Johanna realizes how mistaken she was about the level of danger, she begins to see that it may be down to her to protect the man she loves.
She knows that she can’t do it alone though. She will have to turn to the people she trusts the most: her sisters.
The three of them work together to try to get Franz to the safety of Switzerland, and they soon prove invaluable to the Resistance. But they’re risking everything. Can three women who would die for each other, also be prepared to die for what is right?
The sisters’ subsequent journey from Nazi-occupied Salzburg to the devastating concentration camps of Ravensbruck and Mauthausen will show the strength of human spirit like never before. As, out of the darkness, a tiny seed of hope flowers…
A totally heartbreaking and impossibly powerful story about love, tragedy, and the power of humanity. Perfect for fans of The Nightingale, The Lilac Girls and The Sound of Music.
📖 My thoughts...
In 1938, the Eder family are happily going about their daily lives, in the Austrian town of Salzburg. Johanna, the eldest daughter helps her mother around the house, Birgit helps her father in the family clock making business, and the baby of the family, Lotte, gifted with a lovely singing voice, attends a music academy. Life is simple for the Eders, honest toil and a willingness to help anyone is their mantra, that is until the first faint rumblings of war start to appear. The arrival of Franz, a new apprentice in the clock shop, disturbs the equilibrium of the family, especially around Johanna, but with his gentle nature and quiet intelligence, Franz is soon included as part of the family. However, trouble is looming and as war clouds start to gather over Austria, the Eder family are about to be tested in ways they could never have imagined.
There is much to endure for the Eder Sisters, each of them have their own role to play and I enjoyed how the author brought together all of their individual stories, blending each one with care and compassion and fine attention to even the smallest of detail. The situation in Austria, and more particularly, in Salzburg, is imaginatively described and this tumultuous time is brought to life with a keen eye for historical detail. I loved the lighter references, early in the story, where there is a bit of an acknowledgement towards the Von Trapp family, who of course we know, from the iconic Sound of Music movie. However, there are heartbreaking scenes too, especially towards the latter part of the novel when the story takes us into the horror of the concentration camps of Ravensbrück and Mauthausen.
The Edelweiss Sisters is a heart-breaking WW2 saga which tugs away at your heartstrings whilst at the same time revealing a story of bravery, hope, faith and love, all set against a background of indescribable hatred, bigotry and war.
About the Author 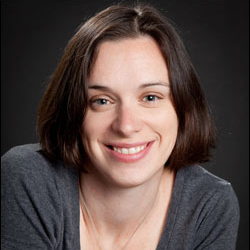 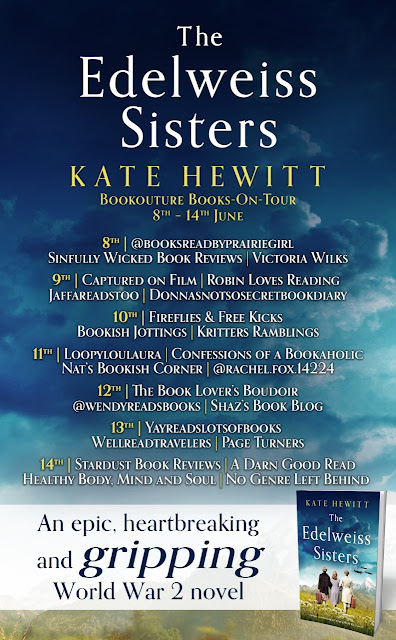