Delighted to be part of today's Blog Tour

Megan Melvick has spent years avoiding her inheritance, the dark and disquieting family estate Benbrae, now home only to her distant, aristocratic father, and her sister Melissa, dying quietly in an upstairs bedroom. Trapped behind her unreliable hearing aids and vulnerable to what others want her to see, Megan is unable to find the answers she wants: why is there a new woman on her father’s arm? And why has their absent mother not returned to say a final goodbye to Melissa.
Benbrae has always been a place of loss and misfortune for Megan, but as the Melvick family diminishes still further, she must ask one final question. If there is a curse on the house, will she be its next victim?
My thoughts..
From the start of The Cursed Girls novel there is a real sense of atmosphere and a dark, brooding presence which lingers throughout the whole of the story which opens in 2004 with an intriguing and rather sad prologue, only for us then to be whisked straight into 2019 as Megan Melvick returns to the family home after an absence of three years. That this return home is filled with trepidation is heightened when we realise that Megan is only back at the house because her sister, Melissa is dying.
The brooding Italian House on the Benbrae Estate, in Scotland, is where Megan and Melissa spent their idyllic childhood, running wild in Tentor Wood, dogs yapping at their heels, however, there are also secrets about their time here, and a there is hint towards Benbrae's shadowy past which runs right into the present time.
The story moves with languid ease revealing snippets of a mystery which broods with menace especially as there is a third player in this game of secrets, a distinct voice which is clearly troubled and who has much to to reveal. The author writes well, gradually building the tension, and maintaining the sense of family complexity, until it is hard to determine who is truthful and who is perhaps hiding something truly awful. I particularly enjoyed getting to know more about Megan, she's a troubled soul, with a bruised vulnerability which makes her involvement in the story all the more poignant and it is her presence which resonates throughout the whole of The Cursed Girls.
Whilst the author is perhaps best known for her well established Anderson and Costello crime series, this standalone psychological suspense story has a similar dark edge but is very much a success in its own genre.
About the Author 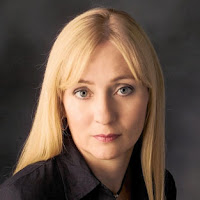 Caro Ramsay is the Glaswegian author of the critically acclaimed Anderson and Costello series, the first of which, Absolution, was shortlisted for the CWA's New Blood Dagger for best debut of the year. The ninth book in the series, The Suffering of Strangers, was longlisted for the McIlvanney Prize 2018.
Twitter @CaroRamsayBooks #TheCursedGirls
@blackthornbks
@TandomTTours
🌠 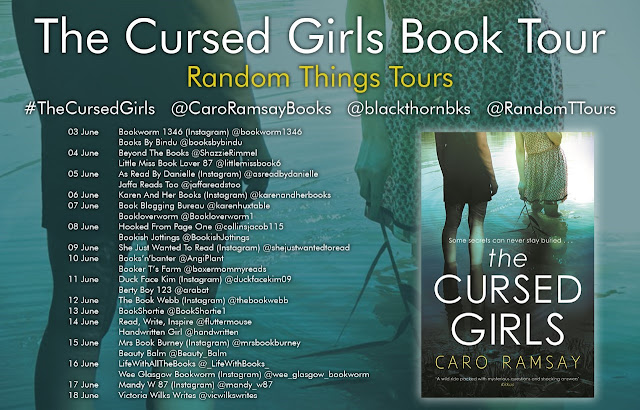