I blamed my son for the death of my daughter…
When twenty-five-year-old Erin loses the man she loves, she flees London for Cornwall and takes a job at Hookes End, a huge house clinging precariously to the Cornish cliffs. The owner, frail reclusive novelist and butterfly enthusiast Maggie, has kept the curtains of her dusty house drawn for many years. But as she and Erin spend evenings together by the fireside, sharing stories of the past, Erin feels her shattered heart begin to heal. In return, Erin agrees to help Maggie find her long lost family before it is too late.
Years ago, Maggie’s son Lucas ran away to the other side of the world after the death of her daughter ripped the family apart. Maggie is desperate to see Lucas again – there is something she needs him to know.
Erin wants to help Maggie find peace so she vows to track down her lost son. But when at last she finds Lucas, in a far- away place of searing heat and pearly sands, it becomes clear that he is hiding something too.
As Erin grows closer to Lucas and unravels the webs of deceit entangling mother and son, she learns about the terrible tragedy that changed their lives forever: the night when a little girl in a fairy nightdress went missing. But with Maggie’s time fast running out, is it too late for them to find the forgiveness they need to move on?
📖 My thoughts..
After a relationship has gone wrong, Erin has returned to Cornwall to live with her parents but in need of money, Erin takes up employment with Maggie, a reclusive writer who lives in a remote house  on the edge of the cliffs. Maggie's health is fast deteriorating and she desperately needs Erin's help to finish a very poignant story about a family tragedy which has been hidden away for far too long.
What then follows is an emotional story which looks, not only at uncovering secrets in Maggie's life but also starts to reveal snippets of information about Erin and her sometimes stifling relationship with her parents. The Butterfly Garden has a theme of forgiveness running through the narrative as not only does Maggie's story dwell on the sins of the past but also Erin's own family have kept things hidden and it is these poignant reminders which act as a focus for what is eventually revealed.
The Butterfly Garden is a well written and poignant family drama which highlights the destructive nature of keeping secrets hidden for far too long and even though there are some quite emotional issues, the author handles these with compassion, and as the story concludes there is a definite sense of closure.
About the Author 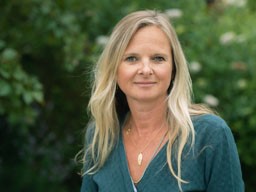 Sophie Anderson enjoyed a career in TV production in London before working with her husband to set up an online software business where she wrote the marketing content. But neither scratched that creative itch to tell a story, so she enrolled on a writing course and wrote her first novel The Butterfly Garden. She lives in Sussex with her husband, four children, a cocker spaniel and two cats.
Twitter @MSophieanderson #TheButterflyGarden
Facebook
@bookouture #BooksOnTour 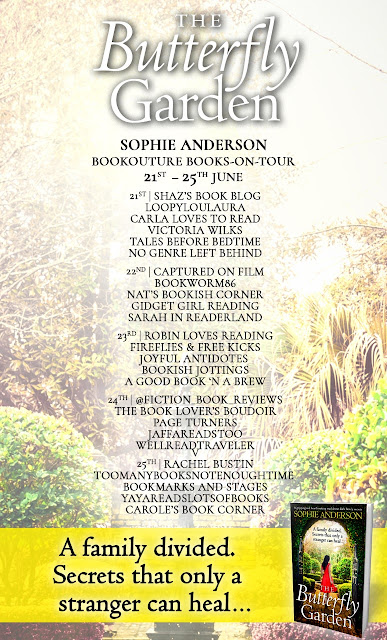