📖 Summer's Out at Hope Hall by Pam Rhodes

📖 Thrilled to host a stop on this blog tour today 📖

HOPE HALL thrums with activity under the summer sun. Sea Cadets march in the yard and happy chatter issues from English as a Foreign Language classes while the weekly Food Bank reaches out to those in need. Kath is determined to honour the origins of Hope Hall, which was founded in memory of those lost during the two world wars. It’s all hands on deck as the centenary celebrations continue, but Kath’s efforts set her on a collision course with Celia Ainsworth, a descendant of the family that donated the land. Added to this, a mysterious homeless man proves tricky for Sheelagh to identify, and a handsome stranger looks set to lead Kath a merry dance... SUMMER’S OUT AT HOPE HALL is a fun and deeply moving story that celebrates the power of hope.
📖 My thoughts..
It's been an absolute joy to return to Hope Hall to meet again with all the quirky characters who first came to life in Springtime at Hope Hall which I was lucky enough to read in February last year.
Summer’s Out at Hope Hall begins pretty much where the last book ended and we meet again with all those characters who became so familiar to us last time. This generous continuity allows a seamless transition making the return seem like meeting up again with old friends, with the added enjoyment of meeting new characters who all bring something interesting to the story.
Hope Hall continues to be right at the very heart of this small community, offering a place of safety to all those groups who are so vital in keeping village morale high, and in extending a warm welcome to all who enter through its doors the hall remains pretty much the vital hub around which everything circulates. During the summer there is much activity, especially as the hall’s centenary is fast approaching and with plans for a poignant commemoration in place, administrator, Kath is kept fully occupied.
There’s a gentle charm to these lovely stories, and the author describes this quintessential way of life so perfectly that I am always a little bit sad when the story comes to end. The story flows beautifully, there are no rough edges, just a heartwarming tale of village life which is written with a fine eye for cosy detail, and a quirky sense of humour.
Although Summer’s Out at Hope Hall can be read as a stand-alone story as with any series it’s best to start at the beginning and that way the characters can become firmly fixed in your imagination.
About the Author 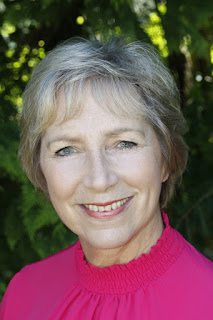 Pam Rhodes is known around the world as the presenter of BBC Television’s Songs of Praise and her popular Hearts and Hymns programme on Premier Christian Radio. A natural storyteller with 25 varied books under her belt, Pam is well known for her novels packed with down-to-earth characters and situations that inspire and entertain.
Twitter @PamRhodesTV #SummersOutAtHopeHall
@LionHudson 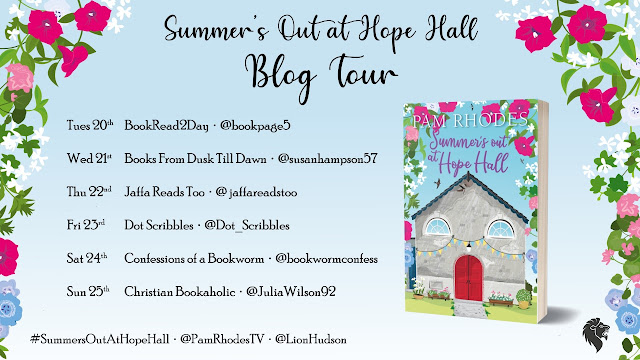