A perfect marriage...
Golden couple Annie and David Crayce have it all. A loving marriage, three beautiful children and a thriving family business. Life couldn’t be better. Until the unthinkable happens…
A perfect crime?
A piece of damning DNA evidence has arisen, placing David as the prime suspect of a murder committed twenty-years ago. Annie is sure her David is innocent. But if he isn’t guilty, then either his father or brother must be.
As the police investigate the cold case, so does Annie. Trawling through her old diaries, she begins desperately looking for answers. But it all comes down to a few lost hours she can’t solve.
And Annie begins to doubt the one person she thought she knew best… Her husband.
📖 My thoughts...
David and Annie Crayce have an enviable lifestyle, running a successful family business and with three healthy and happy children their lives seem nothing short of perfect. However, after a twenty year old cold case investigation has been reopened due to new and damning DNA evidence, David Crayce is arrested on suspicion of murder.
The story starts beautifully as we are drawn into the life of an affluent family, a life which is seemingly filled with love and laughter. There's a lovely slow build up to David's arrest which gives us chance to really get to know the Crayces, and their extended family, and whilst some characters are more likeable than others, by the time tension cranks up I think that we have already decided whose side we are on, and when things start to go wrong for the Crayces, they unravel at frightening speed.
As the story progresses it becomes difficult to put the book down and I found myself reading The Lost Hours when I really should have been doing something else. The tension is palpable, especially when other family members, particularly male members get drawn into the investigation, and the relevance of familial DNA links cannot be underestimated. I think that's what this author does so very well, in that she creates relatable characters who you begin to like and trust, and then she shocks you into disbelief when events take that character in an altogether unexpected direction. The whodunit element of the story becomes increasingly exciting as you begin to wonder just what will be exposed when the crucial lost hours of this murder mystery are finally revealed.
Full of twists and turns, The Lost Hours is a gripping family drama which has all the trademarks of this author's fine writing, a tense story line, wonderfully imagined characters and a supporting cast of people, who in their own right are pivotal to the plot. Taut, tight and tense, I quite literally couldn't put the story down, and finished The Lost Hours with that satisfactory sense of having read a good story well told. 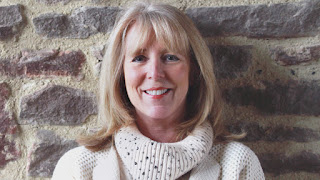 Susan Lewis is the internationally bestselling author of over forty books across the genres of family drama, thriller, suspense and crime, including One Minute Later, My Lies, Your Lies and Forgive Me. Susan’s novels have sold nearly three million copies in the UK alone. She is also the author of Just One More Day and One Day at a Time, the moving memoirs of her childhood in Bristol during the 1960s.
Susan has previously worked as a secretary in news and current affairs before training as a production assistant working on light entertainment and drama. She’s lived in Hollywood and the South of France, but now resides in Gloucestershire with husband James, two stepsons and dogs.
Twitter @susanlewisbook #TheLostHours
@fictionpubteam
@RandomTTours