1266. Eleanor of Castile, adored wife of the Crown Prince of England, is still only a princess when she is held hostage in the brutal Baron's Rebellion, and her baby daughter dies. Scarred by privation, a bitter Eleanor swears revenge on those who would harm her family - and vows never to let herself be vulnerable again.
As she rises to become Queen, Eleanor keeps Olwen - a trusted herbalist, who tried to save her daughter - by her side. But it is dangerous to be friendless in a royal household, and as the court sets out on crusade, Olwen and Eleanor discover that the true battle for Europe may not be a matter of swords and lances, but one fanned by whispers and spies.
📖 My Thoughts..
In 1254, as a thirteen year old, Eleanor of Castile married the future Edward I and had to adjust to living in country far from her native Spain. Throughout her life time, Eleanor had a fearsome reputation and some would say that her later sobriquet of 'she-wolf' was well deserved, however, there was far more to this enigmatic queen than just her perceived delight in acquiring land and properties.
In The Damask Rose we pick up the story in 1264 when Eleanor, already a mother, is held hostage during the Baron’s Rebellion, and is forcibly removed from her sanctuary at Windsor Castle by the rebellious Gilbert de Clare, Earl of Gloucester. Eleanor is not an easy prisoner, and works tirelessly to support both her husband, Prince Edward, and father-in-law, King Henry III, this makes an enemy of de Clare which will last throughout Eleanor’s lifetime.
This rich tapestry of a novel is as intricately woven as any medieval fabric, and gives a fascinating insight into the, rather complicated, life of this Queen Consort of England. The story moves swiftly through Eleanor’s life, bringing the medieval world to life in glorious splendour and allowing an imagined glimpse into what life was like at a royal court in the thirteenth century.
That Eleanor had her share of troubles is well described, particularly in light of her frequent pregnancies, and the tremendous losses she suffered as some of her children didn’t survive infancy. However, with tenacity and determination, Eleanor thrives in a male dominated world and it is particularly interesting to see her accompanying Edward as he goes on his legendary crusade to Acre, where he learns, in 1272, of his father, Henry III’s death, and the start of his own Kingship.
Introducing a fictional character into the story, namely that of Olwen, the herbalist, adds an interesting dimension to the story. Olwen becomes Eleanor’s confidante, and from this relationship we are able to put the historical detail of the story into a more domestic context. I enjoyed following Olwen’s story, she’s an interesting addition, as is the description of the herbs and plants which Olwen lovingly tends in the Queen’s many gardens.
The Damask Rose is a beautifully written, and intricately researched, novel by an author who knows how to bring history alive in the imagination. There is much to take in, so the book is not one to be read quickly, but rather to be enjoyed slowly in order to absorb the many facets of this enigmatic Queen’s complex life, who seems to have been a real tour de force in medieval England.
About the Author 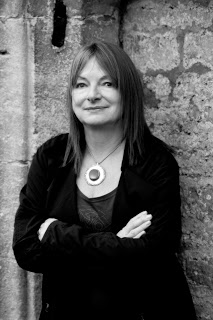 Carol McGrath taught History and English for many years in both state and private sector. She left teaching to work on an MA in Creative Writing from Queens University Belfast, then an MPhil in English at Royal Holloway, London, where she developed her expertise on the Middle Ages.
As well as the She Wolves Trilogy she is the author of the acclaimed Daughters of Hastings Trilogy and a stand alone novel, Mistress Cromwell.
Website
Twitter @carolmcgrath #SheWolfQueens
Amazon UK 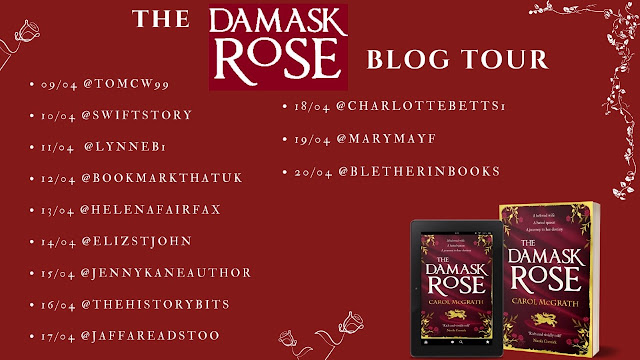