1920, Chorlton, Manchester.
As her wedding day approaches, Carrie Jenkins is trying on her dress and eagerly anticipating becoming Mrs Billy Shipton. But all too soon she is reeling from the news that her beloved pa was shot for desertion during the Great War. When Carrie is jilted and the close-knit community turns its back on her, her half-sister Evadne and their mother, the plans Carrie nurtured are destroyed.
Desperate to overcome her private troubles as well as the public humiliation, Carrie accepts the unsettling advances of the well-to-do antiques dealer, Ralph Armstrong. Through Ralph, Evadne meets the aristocratic Alex Larter, who seems to be the answer to her matrimonial ambitions.
But the sisters have chosen men who are not to be trusted and they must face physical danger and personal heartache before they can find the happiness they deserve.
📖 My thoughts..
It should be the happiest time of Carrie Jenkins life as she is about to marry her sweetheart but when devastating news about Carrie's father is revealed it alters the whole trajectory of not just Carrie's life but also that of her mother and older sister. With her marriage plans in disarray Carrie makes a hasty decision to become involved with Ralph Armstrong who offers a solution to her problems but which turns out not to be the safe haven she so desperately desires.
What then follows is an interesting family drama which looks at the stigma which was attached to the families of all those men who were found guilty of desertion during WW1. There is a real sense of shame in this family tragedy not just from the sadness of having once friendly neighbours turn against you but also the bewilderment of having to make life altering decisions when everything around you seems hopeless.
The author writes well and brings a real sense of historical accuracy to this character driven story. I enjoyed the northern setting around Manchester which highlights the stern good humour, the strict moral code and the implacable northern grit of the inhabitants of this tough industrial city. The characters are well fleshed out, some are instantly likable, others take a while to get to know and some are, quite frankly, vile from the beginning but this all adds to the rich tapestry of this strong and powerful family saga which kept my attention from start to finish.
This is the first book I have read by this author and I am sure it won't be the last.
About the Author
Susanna Bavin has variously been an librarian, an infant school teacher, a carer and a cook. |she lives in Llandudno in North Wales but her writing is inspired by her Manchester roots.
The Deserter's Daughter was her first novel. 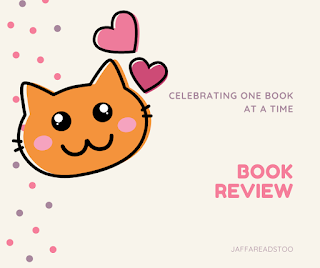