Delighted to host today's stop on this blog tour

A year and a half ago, Gemma met the love of her life, Danny. Since then, their relationship has been like something out of a dream. But one Friday evening, Gemma returns home to find Danny is nowhere to be seen.

After two days with no word from her husband, Gemma turns to the police. She is horrified with what she discovers – a serial killer is on the loose in Bristol. When she sees the photos of the victims she is even more stunned…the victims all look just like Danny.

But, the detectives aren’t convinced by Gemma’s story. Why has no one apart from Gemma seen or heard from Danny in weeks? Why is there barely a trace of him in their flat? Is she telling them the truth, or are there more secrets and lies in this marriage than meets the eye.

Gemma and Danny seem to be the perfect couple, recently married and moved to a new area in Bristol everything should be working out well for them, that is until Gemma returns home from a journalistic assignment to find that Danny has disappeared. With no clues as to Danny's whereabouts Gemma has no choice but to report her husband as a missing person, and that's when the story takes off in a whole new direction.

I must admit that this story had me hooked from the beginning and there are so many twists and turns that it's been great fun trying to keep up with where the story is heading to next. There are some interesting characters, who whilst not always very likeable, certainly make their presence felt throughout the story. Gemma was a bit of an enigma to me and I enjoyed trying to get into her mindset which the author controlled cleverly so that you never really knew whether to believe her version of events. Part psychological thriller and part police procedural the strands of the story reveal not only the complicated story of Danny's mysterious disappearance but also the police find that a recent spate of violent murders in the city all bear a striking resemblance to Danny, which makes the investigation all the more fascinating.

The Perfect Couple is a cleverly plotted psychological thriller which has more than enough pacy action to keep you guessing from beginning to end.

Jackie Kabler is a television presenter, reporter and crime writer. 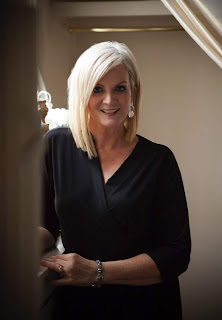 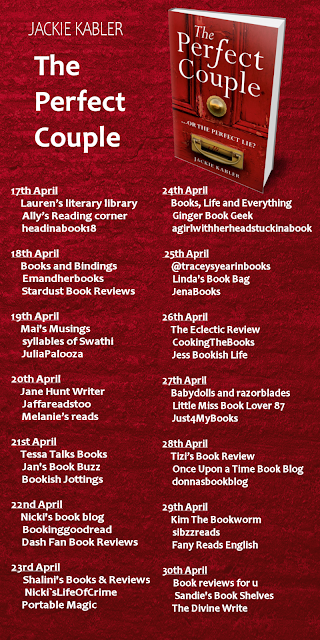