Blog Tour - Blood will be Born by Gary Donnelly

DI Owen Sheen vowed never to return to Belfast, but he needs answers about his brother’s death. He’s on loan from the Met to the Police Service of Northern Ireland, though before he can dig into the past Sheen must babysit DC Aoife McCusker on her first murder investigation. As the case slides into chaos, can Sheen put his personal agenda aside? And will McCusker keep her job long enough to prove herself as a detective?

This first book in a proposed new crime series sees DI Owen Sheen return to his native Belfast after years of living away in England and working for the Met. His secondment to the Police Service of Northern Ireland in Belfast sees him paired with DC Aoife McCusker in her first murder investigation.

The murder investigation is complex and complicated and is filled with the shadow of the sectarian animosities that so blighted Belfast in the early 1970s. It would seem that even fifty years later the legacies of the past still threatens the hard earned peace of the present. Blood will be Born is a gritty and thought provoking crime novel which doesn't shy away from taking the reader right into the very heart of a complex and convoluted plot.

Personal agendas are very much part of the story, not just for those perpetrators who seek to do harm, but also for each of the lead investigators whose personal stories, running along side that of the investigation, help to bring a very human aspect to the story and helps them to develop as fascinating narrators. The perpetrators who seem hellbent on revenge do so with chilling accuracy, and I found that, despite the rather gritty aspects of their individual crimes, the story is strangely addictive and utterly compelling.

Blood will be Born is an exciting start to this crime new series and whilst there is a certain amount of getting to know the lead detectives, the clever combination of Sheen's experience over McCusker's enthusiasm is very cleverly done, and I enjoyed watching how their professional relationship developed over the course of the story. I am sure that, in future crime novels, this series will definitely go from strength to strength.


Recommended : Absolutely✅ Intricately plotted, fast paced and gritty, Blood will be Born is a fabulous start to a new series. 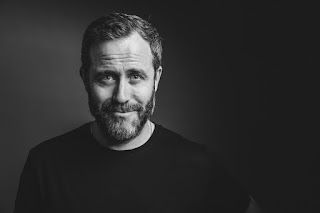 GARY DONNELLY is a writer and teacher who was born and raised in Belfast. After attending a state comprehensive school, he read History at Corpus Christi College, Cambridge and has lived and worked in London since the late 1990s. 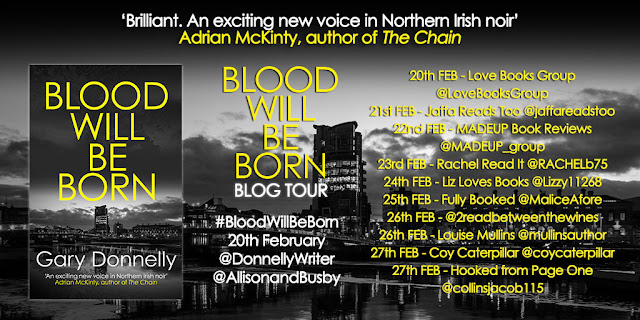