When Iris Armstrong goes missing, her best friend Terry, wife, mother and all-round worrier, is convinced something bad has happened.

And when she finds her glamorous, feisty friend, she’s right: Iris is setting out on a journey that she plans to make her last.

The only way for Terry to stop Iris is to join her, on a road trip that will take them and Terry’s confused father Eugene onto a ferry, across the Irish sea and into an adventure that will change all of their lives.

Somehow what should be the worst six days of Terry’s life turn into the best.

Honest and emotional, Ciara Geraghty examines family, ageing parents, marriage, life and loss with warmth in a book that grown-up readers will adore.

When Terry Shepherd discovers that her best friend Iris Armstrong has gone missing she knows instinctively that something isn't right. Terry sets off to find her, but when she discovers where Iris is, and the reason for her disappearance, Terry is not only filled with worry but is also concerned about her friend's decision. Gradually, over the course of a six day road trip which is filled with all sorts of adventures, Iris, Terry, and Terry’s dad, Eugene, demonstrates how a strong bond of friendship can start to break down barriers.

Sometimes a story comes along which makes you think about a subject which is, to be sure, a difficult one, and yet, the author handles the complex issues in a sensitive and empathetic way. I really enjoyed getting to know more about the characters and particularly enjoyed reading the rules of the road phrases which head each chapter which help to make you feel like you are on the road trip with this intrepid threesome. The author does a great job of combining deadly serious with a lighthearted approach and the added inclusion of Terry’s dad, Eugene, with his quirky humour and fondness for Frank Sinatra, certainly helps to bring a very different dimension to what is, after all, quite a sad story.

Rules of the Road manages to tackle a difficult and thought provoking subject in an interesting and hopeful way, and in doing so gives an insightful look at the true meaning of friendship and the special closeness of friends who want only what's best for each other. 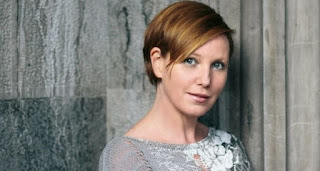 Ciara Geraghty was born and raised in Dublin. She started writing in her thirties and hasn’t looked back. She has three children and one husband and they have recently adopted a dog who, alongside their youngest daughter, is in charge of pretty much everything. 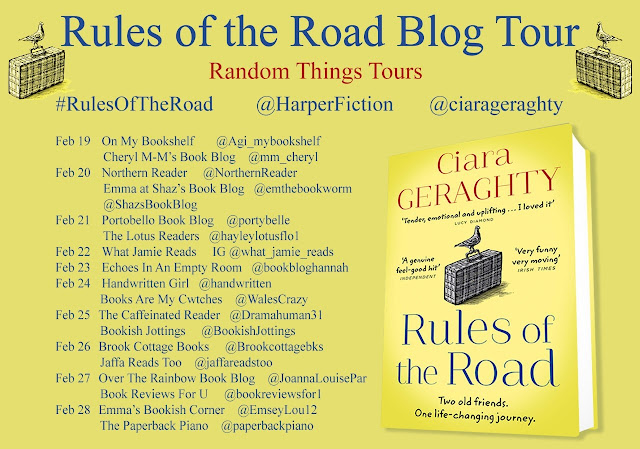