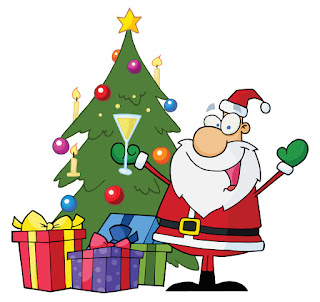 A warm festive welcome, Jane and thank you so much for being our guest today

I’d probably have to say that it would be my mum and dad decorating the living room with paper chains and balloons and getting our (tiny) Christmas tree out of its box to put in its pride of place on the coffee table in the corner. Although this happened every year so I couldn’t pinpoint how old I would have been when it first happened! But I do remember those paperchains were always inadequately attached, so every morning they’d be down and draped over the furniture in new and interesting ways.

🎅Do you have any special Christmas Traditions?

We like to spread out the present opening throughout the day. So there’s small presents on getting up, then another round of opening mid morning, more at lunch time and then the final presents are usually opened in the evening. I started this ritual when the children were small, to make sure that Christmas wasn’t one frantic round of ripped paper and squealing and then an anti-climax for the rest of the day!

This is a dead-heat between ‘Oh Come, Oh Come, Emmanuel’ and ‘The Holly and the Ivy’. Of course, when you sing as badly as I do, my carols have to be listened to alone, in the kitchen. With the door shut. And the house empty.

🎅Do you have a favourite festive film?

Oh, there’s another dead-heat! The Muppets’ Christmas Carol and The Amazing Mr Blunden. Both brilliant for getting in the Christmas spirit, if you’re feeling a bit lacklustre about the whole thing.

Susan Cooper’s The Dark is Rising. I first read it when I was about ten, and it’s part of a fantasy novel series, but it focusses around the Christmas period. There’s lots of snow, a huge family, and a vague hint of menace in the background. Just like my family Christmases, really.

🎅Are you organised or do you leave everything until the last minute?

I brought my five children up as a single parent, on very little money. This meant that the expense of Christmas had to be spread as far as possible and I learned to buy bits and pieces throughout the year. Nowadays I’m a bit less keen on making lists and ticking things off, but I get twitchy if I haven’t got at least a vague idea about presents by mid November. I never make my mind up what we’re having for Christmas dinner until the last minute though!

Real, all the way! But then I’m lucky and my house is quite large, so there’s room for a proper, spreading, needle-shedding six foot tree.

Ooh, neither. I don’t really go much for sparkle, I’m more of your hygge, pinecones and hessian type of person. Besides, see my above comment about being mum to five – I’ve done my time with ‘everything with glitter on’…

Crackers, with dinner. The daft jokes, silly hats and rubbish gifts are part of Christmas, aren’t they?

Yule log. I don’t like pastry. Although I do make a very nice mince pie, using my mum’s orange pastry recipe (although I say it’s my mum’s recipe she probably lifted it from St Delia), I don’t eat them. I know they’re nice because people tell me. Actually, if they didn’t say they were nice, I’d probably hit them with a yule log.

We have a chicken, a beef joint and a gammon. Yes, all at once. Some don’t like chicken, others only eat beef, and some are just greedy buggers. Plus, plenty of left-overs so I don’t have to cook for ages after Christmas!

I’m usually working on Boxing Day, so I try not to indulge in more than the occasional glass of Prosecco during the day. If I’m not working though, I am all over the Rhubarb and Ginger gin!

🎅A fun game of after dinner charades or more chocolates and the television?

🎅What can you tell us a little about Christmas Secrets by the Sea without giving too much away?

Well, there’s two dogs, a grumpy Irish TV star, a camper van and a café in trouble. Add in a heroine who’s lost her business and a lot of really terrible weather, and I think you can see that it’s not a traditional Christmas story!

Sometimes you don’t get the Christmas presents you imagined… Tansy Merriweather is down on her luck. She’s lost her business and her relationship, and instead of a glamorous London apartment, her home is now a campervan on a Dorset beach. And as if things couldn’t get any worse, a scruffy dog called Brian with a taste for sardines has adopted her as his owner. When Tansy’s new-found friends at the cafe in the bay help her find a job as a location scout for a new TV show, things start looking up. However, she soon discovers that the show’s glamorous star, Davin O’Riordan, is as grouchy as he is handsome – and just as Brian starts forging a touching romance with Davin’s elegant whippet Seelie, Tansy begins to wonder exactly what Davin’s fans see in him. As Christmas approaches, Tansy and Davin discover each other’s secrets, and a new bond begins to grow between them. But how will they cope with the storms headed their way – and can they save the cafe from closing?

Christmas Secrets by the Sea has all the right ingredients for a fabulously festive read, a kind hearted heroine, down on her luck, an aloof TV star with a hidden heart of gold, two daft dogs, a rusty old camper van and a dilapidated, but cosy, seaside cottage, which, when all are stirred together, help to add a beautiful warmth to the story. However, the hidden secrets which plague both lead characters, most certainly tug away at your heartstrings.

Tansy Merriweather and her delightfully daft dog, Brian, really stole the show. Brian's antics and his predilection for sardines and seaweed and his amorous chasing of the beautifully named whippet, Seelie, made me laugh out loud. And yet, I also warmed to the rather delicious, TV star, Davin O'Riodan, who had his own long buried problems to work through.

This isn't your usual festive read, true, it has references to Christmas, but it really is one of those beautifully written stories which can be read at any time of year. The author has created two really memorable characters in both Tansy and Davin, and throughout the whole of the story you just can't help wanting the best for both of them. The other characters who flit into and out of the story, especially Karen, from the cafe and her son, Rory, help to balance out the story and give some wonderful moments of light and shade.

Christmas Secrets by the Sea is a really lovely story and perfect to read in the lull between Christmas and New Year. I'm sure you'll love all the characters, especially Brian, as much as I did.

Jane Lovering is a British writer of Romance Novels. She won the RoNA Rose (Love Story of the Year) Award 2017 and is shortlisted for the RoNA Romantic Comedy Award 2018.