In eighteenth century London, porcelain is the most seductive of commodities; fortunes are made and lost upon it. Kings do battle with knights and knaves for possession of the finest pieces and the secrets of their manufacture.

For Genevieve Planché, an English-born descendant of Huguenot refugees, porcelain holds far less allure; she wants to be an artist, a painter of international repute, but nobody takes the idea of a female artist seriously in London. If only she could reach Venice.

When Genevieve meets the charming Sir Gabriel Courtenay, he offers her an opportunity she can’t refuse; if she learns the secrets of porcelain, he will send her to Venice. But in particular, she must learn the secrets of the colour blue…

The ensuing events take Genevieve deep into England’s emerging industrial heartlands, where not only does she learn about porcelain, but also about the art of industrial espionage.

With the heart and spirit of her Huguenot ancestors, Genevieve faces her challenges head on, but how much is she willing to suffer in pursuit and protection of the colour blue?

We have so much colour in our lives that we forget that there was a time when dyes and colours weren't as easily accessible. The Blue explores the details of the search for the perfect shade of blue, that dazzling, transcendent magic which transforms an ordinary piece of porcelain into the most prized possession. However, Genevieve Planché, is not really interested in the finer points of porcelain, what she wants is to become a respected artist, but as a woman in a man's world this is proving to be extremely difficult. And then, unexpectedly, she is offered the opportunity of a lifetime, but first she must learn about porcelain and undertake a task which is the most difficult of all challenges, namely, to seek out the formulation for the perfect colour of blue.

The author writes about the eighteenth century with skill, and a real passion for detail, and in creating Genevieve Planché she has given us a worthy heroine. There is much to enjoy in this exciting historical drama, not just in terms of plot and adventure, but also in the detailed characterisation of those people who flit into and out of the story. From the industrial heartlands of England, to the flamboyant court of a French King and his mistress, The Blue captures the very essence of eighteenth century life.

I've always admired antique porcelain, from the delicate tracery of the designs, to the secrets of its manufacture, and now after reading The Blue I appreciate rather more about the drive and passion which once influenced the manufacture of this delicate commodity.

"..porcelain is the most seductive of commodities; fortunes are made and lost upon it. Kings do battle with knights and knaves for possession of the finest pieces and the secrets of their manufacture.." 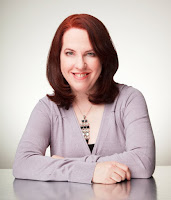 Nancy Bilyeau has worked on the staffs of InStyle, DuJour, Rolling Stone, Entertainment Weekly, and Good Housekeeping. She is currently the deputy editor of the Center on Media, Crime and Justice at City University of New York and a regular contributor to Town & Country, Purist, and The Vintage News.

A native of the Midwest, she earned a bachelor's degree from the University of Michigan. THE CROWN, her first novel and an Oprah pick, was published in 2012; the sequel, THE CHALICE, followed in 2013. The third in the trilogy, THE TAPESTRY, was published by Touchstone in 2015. Nancy lives in New York City with her husband and two children.

Her fourth novel, THE BLUE, is published on 3rd December. 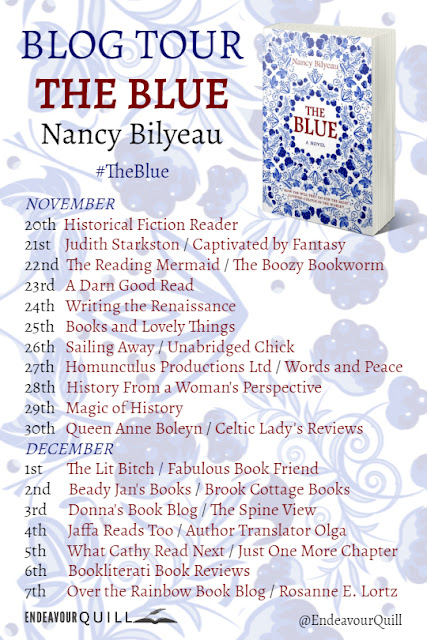