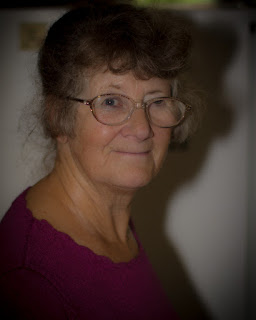 Hi, June and a very warm welcome to Jaffareadstoo. Tell us a little about yourself and how you got started as an author?

I have lived in Liverpool all my life within the roar of the football fans when there is a home match at Anfield but I was born in Blackpool as my mother was evacuated there for my birth during WW2. I have two older brothers and a younger sister. I married the boy I met in the local cinema in our mid teens and we were courting for six years. Life was different in the fifties. I wanted to be a writer at school and my English teacher told me I had a great imagination but terrible handwriting. I didn’t believe a working class girl could become an author so I was a cash clerk for ten years and then after leaving work to have my first son I started a playgroup in the church hall and was in charge of that, unpaid, for another ten years by then I had another two sons.

When the youngest started school I not only became editor of the church magazine I joined a writers’ group in Crosby and began sending off articles to magazines. For a year they all came back and then arrived that wonderful moment when I received some encouraging attention from the editor and a short time later I had my first article accepted about Christmas customs around the world, I went on to write more articles about various customs but my second article accepted was about how I was a terrible cook but eventually became a good one. After writing articles I entered a synopsis and five hundred words of an historical romance for the writers club competition and came second but I also won the cup for endeavour. A published writer of Mills & Boon told me to finish my novel and send it to them as they had started an historical imprint and were looking for authors. It took me two years to get the book right but eventually it was accepted, along with another one I had written set in Chester and North Wales. I had another two accepted before deciding I wanted to write a novel set in Liverpool which took me two years as it was a different genre, by then I had an agent. It was accepted after being turned down about five times, by Judy Piatkus and she sold on the paperback rights to Bantam and the large print rights to Magna.

Your books are written in North West England, but not always set in the North West – how have the people and its landscape shaped your stories?

I have always enjoyed history but didn’t start taking an enormous interest in local history until I began writing about it. Having said that my mother used to talk about her background, she had been in service, and about her family history and I’d visit aunts and uncles and my grandfather who still lived in different areas of the city. My maternal grandfather was a sailor and my paternal grandfather had worked at various jobs around the docks. His father was a Norwegian sailor, one of my brothers was a sailor, so I had strong feelings for family and for seafarers, as well as my home city and the magic of faraway places with strange sounding names. My mother-in-law had also been a great help to me, after being widowed she spent Sunday afternoons at my home and talked about her past which was very different to my mother’s, but both were strong working class women who’d had sorrow in their lives and lived through interesting times as had their husbands. My being a war-baby means that I remember something of post-war times, through the forties when the yanks were still on the scene and the fabulous musical fifties and sixties which shaped Liverpool in more recent times as much as it being a port did in the past.

It can be difficult promoting them beyond the North West but I do have a website and a blog and am on Facebook. Also setting parts of books in other places can help them sell elsewhere. I have set parts of stories in the South of England, the US, Australia, Ireland, France. I have cousins in the US and friends in Australia who get the word around about my books.

In your research for your books, did you visit any of the places you write about and which have made a lasting impression?

I set a medieval romance in Ireland, also part of a saga, so visited Dublin and the Wicklow Hills. I took my youngest son Daniel with me as it was the school summer holidays at that and took our bikes and caught the ferry across the Irish Sea. We rode up from Dublin into the Wicklow Hills which are lovely but the weather was unbelievable hot so it was a hard slog and the tarmac melted and stuck to our tyres. There was definitely a magical feel about the countryside, as well as an emptiness. At that time I knew little Irish history. We were staying with a friend from church’s cousin and her husband and family on an erstwhile farm but they did no farming despite having several acres of land. They did have a few hens and ducks but no running water and the lavatory was in an outhouse with roses growing around the door. They had a huge old fashioned fireplace and burned peat. They had six children and the husband had delivered two of them at home. She was English and I think he was, too. He had been a lecturer in German and she had been one of his students. They had travelled around the world and came back broke. He had bought the house a few years before so they settled down there. They made us very welcome and Daniel and I would go with a couple of the children to fetch water from the river and also pick wild garlic. When the weather broke we returned to Dublin and stayed in the Georgian youth hostel there. They made us very welcome. Unfortunately Dublin Castle was closed and covered in scaffolding, so no research there but we did visited the museum and Trinity College which were interesting and dropped some coins in the hat of a woman and her baby begging on a bridge over the river Liffey. The only downside was the proclamation in the college or museum which contained the words our enemy the English. I felt as if I had been punched in the stomach, thinking how back in Liverpool half the population had Irish blood. At that time I believed I didn’t have a drop, but since tracing my family tree I’ve discovered a great-great grandfather who was a weaver and settled in Manchester. His daughter married a Manchurian and they moved to Liverpool.

The North West has several cities of note with decent shopping centres, theatres and cinemas and art galleries, as well as several seaside resorts, attractive market towns and villages in lovely countryside and a coastline that has some great beaches and coastal walks as well as a National Trust red squirrel reserve. It also has two Tudor houses, Speke Hall and Rufford Hall. There are also two airports; Liverpool’s John Lennon and Manchester. Liverpool also has a new cruise liner terminal as well as a heritage waterfront which includes the Albert Dock, a Maritime Museum, a Liverpool Life Museum and a Beatles’ attraction and the Echo arena. Both Manchester and Liverpool cater for the classical music lovers with music halls and orchestras of note and both have universities and famous football teams. There is the beautiful city of Chester on the River Dee, with a world renowned zoo a few miles away and North Wales almost on the doorstep, as is the Wirral.

The North West has given birth to not only many a writer but also musicians, comedians, actors, sculptors and artist finding inspiration in its maritime and industrial history and its kind and gutsy people.

I belong to a local writers group that meets twice a month as well as two other groups that meet less often, one in Wales and the other in Southport. We also keep in touch online.

Very supportive and there are opportunities to do signings and talks at books shops and libraries of which I have done many, as well as to women’s groups in church halls and the like. I am booked as one of the speakers at a forthcoming Litfest in Penny Lane, South Liverpool in October. Liverpool and Manchester both have good libraries in the city centres, most important for research for writers.

If someone is new to your work, which book do you think they should start with?

I have written 37 books so not an easy question. Probably A MOTHER’S DUTY which is set in a hotel in Liverpool in the latter years of the 1930s and the early years of WW2. The heroine is widow Kitty Ryan who owns the hotel and has three sons. There is a sequel called A DAUGHTER’S CHOICE. 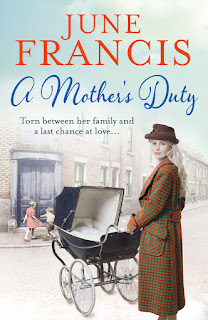 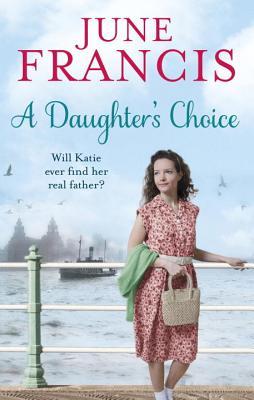