Harold Drinkwater was not supposed to go to war. He was told he was half an inch too short. But, determined to fight for king and country, he found a battalion that would take him and was soon on his way to the trenches of the Somme

This poignant First World War diary really brings home the squalor and deprivation encountered by those brave soldiers who found themselves wallowing knee deep in mud and water whilst at the same time trying to defend the trenches from enemy bombardment. Harry Drinkwater managed to snatch stolen opportunities to write up his thoughts and he shares his feelings so eloquently that the horror and the sheer repetitive drudgery of life in the Somme trenches really comes alive with a poignancy which lingers long in the memory. The diary certainly doesn’t pull any punches, and whilst Harry lives his life surrounded by foul mud, disgusting stench, and the ever present threat of lice and vermin, he also describes the utter joy of having the luxury of a clean shirt, the blissfulness of hot water to wash in and the sheer exasperation of never having a warm drink.

As first-hand knowledge of this dreadful war fades from personal memory, it is far too easy to dismiss the events of 1914-1918 as something merely confined to the annals of history. What this book reiterates is that these were just ordinary young men caught up in extraordinary times, and who through their unrelenting bravery and gallant determination were able to command the respect of their countrymen and their king.

In this centenary year of the start of the First World War, Harry’s Diary is a fitting testament to those brave young men of WW1 who died in their millions and whose short, sweet lives must never be forgotten.

My thanks to Random House UK, Ebury Publishing for my ecopy of this book. 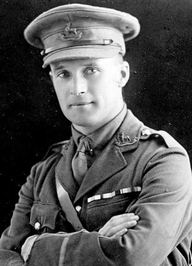