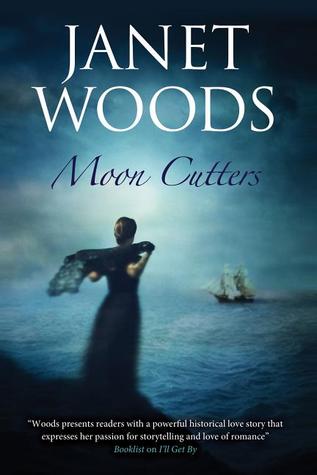 Dorset, England in the 1840s is an area alive with the tang of the sea and the promise of smugglers. With illicit contraband and an eye for danger, they steal a march on the excise men who struggle to keep control. When the dashing Fletcher Taunt returns to Dorset after a profitable sea voyage, he hopes to be able to make amends with his uncle, Sir James Fenmore with whom he has quarrelled.

Sir James Fenmore is a local philanthropist with an added interest in illicit contraband. When he rescues Miranda and Lucy Jarvis from destitution and takes them into his home he seems on the surface to have their best interests at heart. However, as the story progresses and we get to know more about the characters, we also start to be aware of some sinister aspects of James Fenmore’s personality.

Hidden family secrets, young maidens rescued from obscurity, a family quarrel and a dashing hero all combine to make this an enjoyable, if fairly ordinary historical romance. Everything fits together, the story flows well, and the sinister aspects of the novel is in keeping with the Gothic nature of the story, and yet at times I felt that there was something lacking, both in the personalities of the lead characters and in the predictability of the story.

I read Moon Cutters over the space of an afternoon, it's a light easy read which fits into the cosy historical romance genre.

Janet Woods is the author of over 35 novels