Jaffareadstoo is delighted to take part in this literary footsteps blog tour of Oxford.

We can be found at the Cherwell Hotel.

The 1920s most stylish sleuth returns this autumn in THE CRYSTAL CRYPT for another thrilling murder mystery!
In the city of dreaming spires, Poppy Denby is asked to investigate the mysterious death of an up-and-coming female scientist. But was it an accident or is something more sinister lurking in the shadows? And is Poppy the next target? 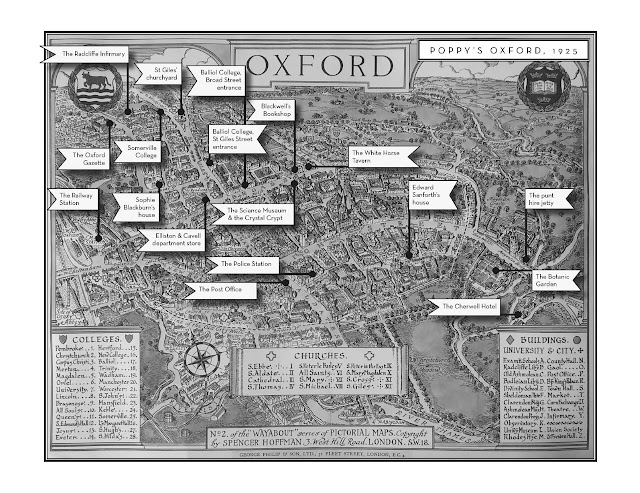 📖 My Thoughts..
London journalist, and amateur sleuth, Poppy Denby is intrigued when she hears of the demise of an exceptionally talented female scientist. That the death occurred in Oxford and not in London presents something of a problem for Poppy but when her editor, Rollo Rolandson, agrees to fund an overnight stay at the Cherwell Hotel in Oxford, Poppy is determined to discover the secrets which surround Dr June Leighton's mysterious death.
Poppy's investigation leads her into the chauvinistic world of male scientists who seem to tolerate women on a superficial level but who really consider their female colleagues less than equal to the task of scientific advancement. I thought this part of the novel was exceptionally well done, the burgeoning world of crystallography and the tentative steps which were being made in scientific discovery is explained in an easy to understand way and doesn't detract from Poppy's convoluted investigation into Dr Leighton's death.
I've become rather fond of Poppy Denby and with each successive novel this cosy crime series just seems to get better and better. Poppy is, as ever, caught up right in the centre of the excitement, and as she goes about her investigation, she discovers something rather unsavoury about the work of the scientists who work in the Crystal Crypt. There were the usual fascinating tumble of twists and turns with Poppy forever having to keep one step ahead of the action, which is rather daring for this amateur sleuth who has the knack of getting right to the heart of the problem, but not without ruffling several inflated male egos along the way.
This talented writer brings the world of the 1920's to life in a very believable way and whilst there is a distinct feeling that things are beginning to change for women, alas it's not quickly enough, for although women are able to get their degrees, they are still very much under the supervision of men and not considered equal either by gender or ability.
Beautifully written, with both a sense of fun, and pathos, the glorious city of Oxford comes to life and thanks to the cleverly designed map, I was able to, quite literally, follow in Poppy's footsteps as she moves through the city on her hired bicycle. I enjoyed spending time with her at the Cherwell Hotel along with all the other destinations which help bring the city into clear focus.
The Crystal Crypt is a fast moving cosy crime mystery which has all the trademarks we have come to expect from this wonderful series. Poppy Denby is, by far, my favourite amateur sleuth, and I look forward to meeting her again soon.
About the Author 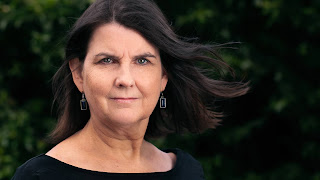 Fiona Veitch Smith is the author of the Poppy Denby Investigates novels, Golden Age-style murder mysteries set in the 1920s, about a reporter sleuth who works for a London tabloid. The first book in the series, The Jazz Files, was shortlisted for the CWA Historical Dagger, while subsequent books have been shortlisted for the Foreword Review Mystery Novel of the Year and the People’s Book Prize. She is formerly a journalist, having worked on the arts and crime beats of a Cape Town newspaper, and lectured in journalism in the UK for ten years. She lives with her husband, daughter and dog in Newcastle upon Tyne. On her non-writing days, she works part-time as a freelance editor and writing tutor, as well as being the Assistant Secretary of the Crime Writers’ Association. 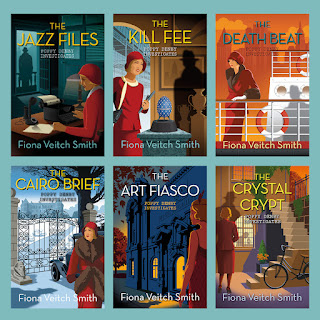 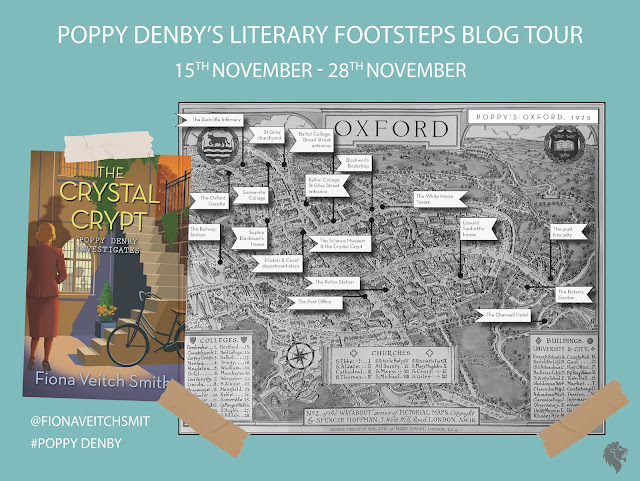