Two centuries apart, two lonely women seek a place to call home…
Cornwall, England, 2015
Nomadic project manager Anna Pritchard has arrived in the village of Porthnevek to oversee the construction of a trendy new glamping site. But with many members of the local community strongly opposed to the development, she quickly finds herself ostracised and isolated.
Seeking to ease her loneliness, Anna begins volunteering at a nearby National Trust house in Trelissick, once owned by the aristocratic Daniell family. In her new role, Anna soon feels her attachment to both Porthnevek and Trelissick deepening. And as she spends more and more time steeped in local history, it seems that the past and the present are beginning to collide…
Belgium, 1815
After losing her brother in the Battle of Waterloo, French army seamstress Thérèse Ruguel is taken to London by war artist Thomas Chalmers, becoming his reluctant muse. But with Thomas’s mother unhappy with the arrangement, Thérèse is soon sent to Cornwall as a lady’s maid to Elizabeth Daniell, a kindly relative of the Chalmers family.
Able to speak only a little English — and with the other servants suspicious of her — Thérèse feels lost and alienated. And when she discovers her brother may still be alive, she must decide whether to continue with her new life in England, or brave the dangerous journey back to her homeland…
What became of Thérèse? Can Anna unearth the ghosts of the past?
And has Anna finally found where she belongs…?

📖 My thoughts..
From the very start of the novel I was engrossed in the story of Anna Pritchard who, newly arrived in Cornwall, has the task of supervising the construction of a development site which should bring growth and expansion to the area, but which only seems to have roused the wrath of the local people. In seeking a distraction, Anna volunteers, as a guide, at the nearby Trelissick House, a National trust property which still retains the echoes of its troubled past.
Moving seamlessly back and forwards in time, this imaginatively described dual time story also introduces us to, Thérèse Ruguel, a French refugee, who, in 1815, takes up the position of lady’s maid to Elizabeth Daniell. Living at Trelissick house with the Daniell family is something of an escape after the horrors of Waterloo, however, Thérèse brings her own troubles with her to England.
Dual timelines are notoriously tricky to get right but there's no such trouble with this beautifully written story. Both time elements blend seamlessly with neither one trying to outdo the other in terms of story content and impact. I was equally engrossed in Anna's struggle with the locals in the twenty-first century as I was I going back to experience Thérèse Ruguel's complicated life in the early part of the nineteenth century.
The Forgotten Maid brings with it a true sense of history allowing the tiny streets of Cornwall to come to life in a very believable way and yet I was also equally at home in the present sipping a glass of local golden ale with Anna in The Tinners Arms. The story is intricately detailed, peopled with wonderful characters, some you'll grow to love, whilst there are definitely others you'll love to hate. However, what shines throughout the story is the natural rugged beauty of Cornwall and the way this talented author brings its evocative history to life.
The Forgotten Maid certainly gets this new Cornish Echoes Mysteries series off to wonderful start. 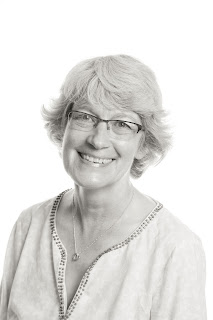 Jane Cable writes romance with a twist for Sapere Books, and The Forgotten Maid her first novel set in her adopted county of Cornwall. She is lucky enough to have been married to the love of her life for more than twenty-five years, and loves spending time outdoors, preferably close to the sea on the wild and rugged north Cornwall coast.
She also writes emotional women’s fiction as Eva Glyn, published by One More Chapter. 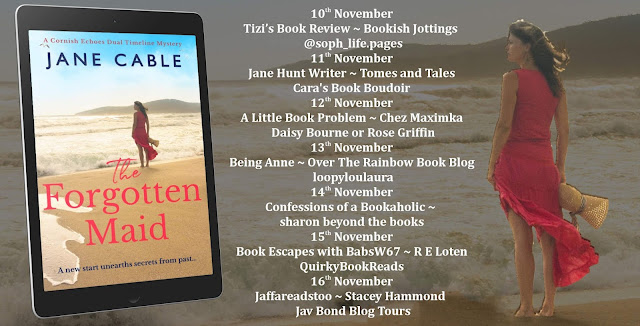