An irresistible story of family, secrets and love.
Will their mother's scandalous past decide their futures?
The Sunday train which snaked into Noah Vale that verdant, midwinter afternoon brought with it fire, sending an inferno of small-town gossip roaring up the valley...
Beautiful, irrepressible Esther Hamilton had a reputation in the small Queensland town of Noah Vale. That was until she ran away, twenty years ago, under a cloud of shame. It's now 1955 and following their mother's death, the Hamilton sisters - Sonnet, Fable and little Novella Plum - have returned to Noah Vale to live near their aunt and uncle.
Sonnet, twenty years old and legal guardian to her siblings, has never stepped foot in Noah Vale, yet has been the talk of the town for decades. Fable, at twelve-years-old, is a talented artist and lovelier than even her heartbreaking mother had been. And three year old Plum is just a little girl who's lost her mother and been taken away from the only home she's ever known.
As the years pass, the three sisters settle into their new life, working in the town, going to school and swimming in the perfect waterfalls nearby. But suspicion and judgment continue to follow the Hamilton sisters wherever they go. In a small town where everyone thinks they know everything about each other, it's hard to escape the past. And when Fable falls in love with Noah Vale's golden boy, is history destined to repeat itself?
📖 My Thoughts..
The three Hamilton sisters return to Noah Vale in 1955 after the untimely death of their mother. Unfortunately it would seem that the sins of their mother have followed the girls back to this tiny Australian town, where old resentments run deep and where past misdemeanors, it would seem, can never be forgiven, or forgotten.
The oppressive nature of small town uneasiness comes alive in a story which broods, not just because of the oppressive heat but also due to the scathing glances and unwelcoming behaviour of some of the townsfolk. Sonnet, Fable and Plum Hamilton are great characters and I enjoyed seeing how their individual stories would unfold, especially for Fable whose need to find her own place in the world is particularly poignant.
The story explores the fine balance between sibling relationships, sometimes they are so wrapped up in each other that they don't want to allow anyone else into their world and yet there are also times when the need to reach out to others consumes them.The author writes well and with studied description we follow the sisters as they grow and develop and thanks to some warm hearted characters they start to find comfort in this very different place, however the journey to find acceptance is long and difficult and filled with moments of anguish.
Those Hamilton Sisters is a fascinating story of family secrets and bitter resentments all set against the oppressive background of a small minded, Queensland town.

Averil Kenny grew up on a dairy farm and began work in the tourism industry at  a young age,She studied education at James Cook University before completing a Bachelor of Journalism at the university of Queensland. She currently lives in Far North Queensland with her husband and four children. Those Hamilton Sister is her first novel. 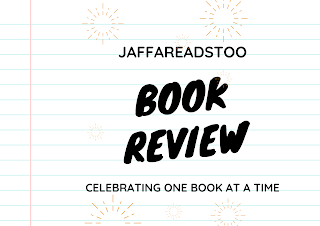