Some love stories can't be forgotten...
Jenny Tanner opens the box she has cherished for decades. Contained within are her most precious mementoes, amongst them a pebble, a carving and a newspaper cutting she can hardly bear to read. But Jenny knows the time is finally here. After the war, in a mountainside village in Italy, she left behind a piece of her heart. However painful, she must return to Cinque Alberi. And lay the past to rest.
After a troubled upbringing, Candice Barnes dreams of a future with the love of her life - but is he the man she believes him to be? When Candice is given the opportunity to travel to Italy with Jenny, she is unaware the trip will open her eyes to the truth she's been too afraid to face. Could a place of goodbyes help her make a brave new beginning? 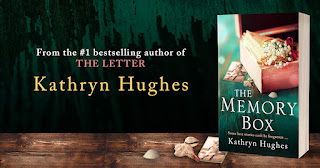 📖 My thoughts...
Jenny is celebrating her one hundredth birthday with a party in the care home where she has been resident for some time. Her young carer, Candice, fusses over her comfort and is determined that Jenny will have a celebration to remember. However, with great age comes long buried memories and Jenny, over her long life, has had more than her share of heartache and by confronting her past Jenny hopes to lay away the ghosts which have followed her for such a long time.
The story moves seamlessly between Jenny and Candice's story in 2019, whilst, at the same time, allowing us to go deeper into Jenny's past and to the time she spent, with her brother, Louis, as an evacuee to Wales during the Second World War. Jenny keeps the reminders of her treasured memories in a beautifully made wooden box which has great significance, particularly a pebble, a carving and a newspaper cutting and as the story behind each one is revealed so a story emerges of heartbreak and pain.
The story flows beautifully and I was just as enthralled by Jenny's complicated past as I was in the sadness of her present, and particularly enjoyed the warmth of the relationship between Jenny and Candice where old and young come together with tenderness and compassion. Moving effortlessly between northern England, Wales and Italy, The Memory Box is a wonderfully imagined story about both the joy and heartbreak of love which is made all the more poignant by both its wartime setting and the intricacies of maintaining a difficult relationship in the present day.
Beautifully written with a fine eye for even the smallest detail, The Memory Box is an emotional read which is both heartbreaking and heartwarming in equal measure and is a perfect read for a cosy afternoon by the fire.
About the Author 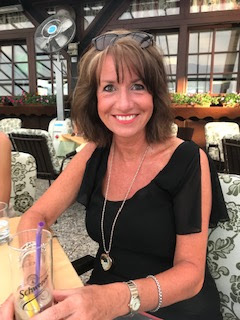 Kathryn Hughes is the internationally best selling author of The Letter,The Secret, The Key, Her Last Promise and The Memory Box, Her novels have been translated into 28 languages. Kathryn lives with her husband near Manchester and has a son and a daughter.
Twitter @KHughesAuthor #TheMemoryBox
@headlinepg
Purchase link 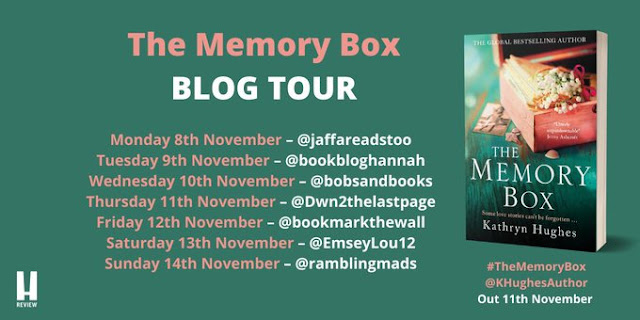