1908, Manchester. Mary Maitland is an attractive and intelligent young woman determined to strike out on her own and earn a living. Finding work at a women's employment agency, her creative talent is soon noticed and Mary begins writing articles for newspapers and magazines. But being of independent and progressive mind are troublesome traits when those you hold dear must constantly live up to the expectations of the well-to-do family to which they are linked. With increasing pressures from the powers that be, can Mary find the fine line between honouring her family and honouring herself?
📖 My Thoughts..
The Poor Relation is a compelling historical saga about the vagaries of society in the early twentieth century when the working classes knew their place and those who wanted to move across the social divide were thought to be no better than they should be, and, equally, the upper-middle classes could no more welcome a working girl into their midst than they could fly to the moon.
It is into this rather stultified social atmosphere that we meet Mary Maitland who even though her family are related to the well-to-do Kimber family they never mix socially except for one awkward visit a year when the Maitlands are invited for tea at the big house. Mary is a bright, intelligent and fiercely ambitious young woman and whilst the constraints of society are set against her it doesn't stop her from trying her best to better herself even though her working class family seem almost as snobbish as their well-to-do counterparts.
The Poor Relation describes, to perfection, the callous attitude which prevailed at this time when social position was paramount and even with the progression of women's suffrage there was still little room room for working class women to rise up against the sheer slog of early marriage, poverty and hardship. Mary's story is a fascinating one and the author describes her struggles with compassion and a firm belief that hard work and determination will prevail. The other supporting characters are a rum bunch, some you love from the start, whilst there are others who you love to hate but, collectively, they bring some welcome light and shade, and give a lively commentary about life in twentieth century Manchester. The story is quite tough going in places, as Mary's life seems to be one challenge after another, however, the author drives the story along with her customary fine eye for even the smallest detail and an uncanny ability to make her characters seem so alive that you can't help but hope that things work out well for some, and that others get their comeuppance.
The author writes really well about life, love and all the difficulties which seem to have been so prominent in the early twentieth century, when social prejudice was very much the norm and it is this historical accuracy which makes The Poor Relation such a special read.
About the Author
Susanna Bavin has variously been an librarian, an infant school teacher, a carer and a cook. She  lives in Llandudno in North Wales but her writing is inspired by her Manchester roots.
Twitter @SusannaBavin
#SagaSaturday
@AllisonandBusby 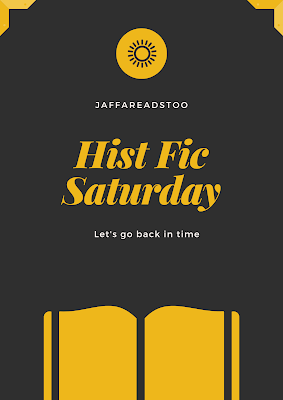