Delighted to host one of today's stops on this blog tour

Since childhood, Jen and Kemi have lived like sisters in the McFadden family home in Edinburgh, brought together by a shared family history which stretches back generations. Kemi was educated in Britain alongside Jen and the girls could not be closer; nor could they be more different in the paths they take in life. But the ties that bind them are strong and complicated, and a dark family secret exists in their joint history.
Solam Rhoyi is from South Africa’s black political elite. Handsome, charismatic, charming, and a successful young banker, he meets both Kemi and Jen on a trip to London and sweeps them off their feet. Partly influenced by her interest in Solam, and partly on a journey of self-discovery, Kemi, now 31, decides to return to the country of her birth for the first time. Jen, seeking an escape from her father’s overbearing presence, decides to go with her.
In Johannesburg, it becomes clear that Solam is looking for the perfect wife to facilitate his soaring political ambitions. But who will he choose? All the while, the real story behind the two families’ connection threatens to reveal itself – with devastating consequences.
📖 My thoughts..
The eponymous Soul Sisters of the story are Catriona Jennifer (Jen) McFadden born in Scotland and Kemisha (Kemi) Mashabane born in Rhodesia. The lives of the two girls become inextricably linked when Kemi, aged nine, is sent to live with Jen, and her family, in Scotland in 1978. In the rather stuffy atmosphere of Jen's family home in Edinburgh, the two girls, both very different, grow up as sisters and they find love, friendship and solidarity in their shared experiences. Over the years, this special bond will see Jen and Kemi set out on a complicated journey of discovery which will take them from Scotland, to England, and latterly to post-apartheid South Africa as they each seek to find their place in the complicated political world around them.
When Solam Rhoyi comes into the story the tension starts to grow. He is an ambitious young politician whose family, as part of South Africa’s black political elite, is very much caught up in the post-apartheid world. This part of the story gives an interesting view of what it was like to live in South Africa, particularly during the political, racial and social changes which were happening during the nineteen-nineties, and we get a whole new perspective about the tensions which so dominated world news during this momentous time in South Africa's history.
Soul Sisters is a well written, inter-generational novel which spans almost ninety years. The author does a great job of keep the momentum alive, bringing place, people, race and politics alive in a story which takes us on a truly epic journey, from an isolated missionary settlement in Matabeleland, Southern Rhodesia, in 1921, through to modern day, Cape Town in 2010.
About the Author 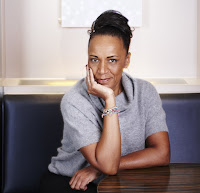 Lesley Lokko is a Ghanaian-Scottish architect, academic and novelist, formerly Dean of Architecture at City College of New York, who has lived and worked on four continents. Lesley’s bestselling novels include Soul Sisters, Sundowners, Rich Girl, Poor Girl and A Private Affair. Her novels have been translated into sixteen languages and are captivating stories about powerful people, exploring themes of racial and cultural identity.
Twitter #SoulSisters #LesleyLokko
@panmacmillan
@RandomTTours 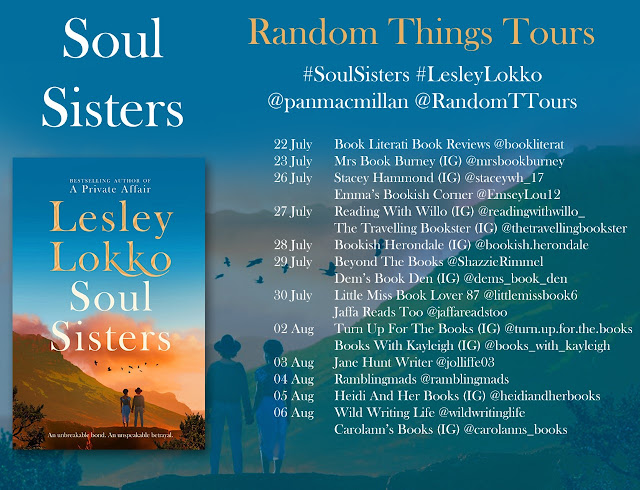