Delighted to be taking part in this blog tour today

Pure escapism on every page, The Distant Shores tells the story of a family torn apart, and the woman who will bring them back together.
Margot Hart travels to Ireland to write a biography of the famous Deverill family. She knows she must speak to the current Lord Deverill – JP – if she is to uncover the secrets of the past. A notorious recluse, JP won’t be an easy man to crack. But Margot is determined – and she is not a woman who is easily put off.
What she never expected was to form a close bond with JP and be drawn into his family disputes. Shouldering the blame for running up debts that forced him to sell the family castle, JP is isolated and vulnerable. With help from his handsome son Colm, it seems as though Margot might be the only one who can restore JP’s fortunes.
Will the family ever succeed in healing rifts that have been centuries in the making?

The Distant Shores is the fifth book in the series of novels which have charted the progress, both good and bad, of the Deverill family, whose ancient family seat in Ireland is very much part of the story. In what could be the last book of the series, the author brings the story up to the 1980s with the arrival of a young journalist, Margot Hart, who is writing a biography of the Deverill family. Once the family home, Castle Deverill  has now been converted into a luxurious hotel and Margot has been a given the privilege of being the writer in residence as she sets about trying to make sense of the complicated Deverill history.

The Deverills have certainly had a chequered history and if you have followed this series from the start then you will be well aware of the family dynamics. In this latest book there is a sense of bringing everything together whilst at the same time allowing a glimpse of what has gone before. Margot has a difficult task ahead as not only must she gain the confidence of the current Lord Deverill, who has been a recluse for many years, but she must also overcome the animosity from other family members. The supernatural element to the story sits comfortably alongside what is happening in the present and allows the author the liberty of explaining what has gone before.

The author writes well and has obviously invested a great deal of time in bringing this series to life. The characters are many and varied, so it took a little time for me to get to know who was who and where they fitted into the family, but I enjoyed reading of Margot's involvement in bringing the past to light and the way that family, friendship and forgiveness is ultimately what matters.

Readers who have followed this series will find much to enjoy in The Distant Shores and whilst it can be read as a standalone story, I do think it makes more sense to start the Deverill Chronicles from the beginning and enjoy the intricate sense of family history which this author recreates so well. 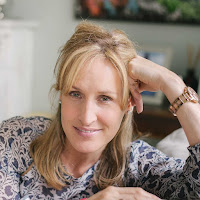 Santa Montefiore was born in England in 1970 and grew up in Hampshire. She is married to writer Simon Sebag Montefiore. They live with their two children, Lily and Sasha, in London. Santa’s books have been translated into more than twenty-five languages and have sold more than six million copies in England and Europe.
Twitter @SantaMontefiore #TheDistantShores
@simonschusterUK
@RandomTTours 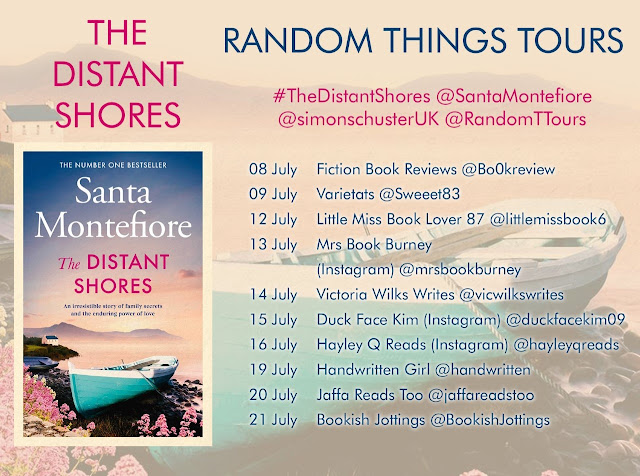