When Tom was eight years old, his father took a shotgun and shot his family: his wife, his son and baby daughter, before turning the gun on himself. Only Tom survived.
He left his tiny, shocked community on the island of Litta and the strained silence of his Uncle Malcolm’s house while still a young boy.
Twenty years have passed and now he needs answers - from his uncle, who should have known. From his neighbours, who think his father a decent man who ‘just snapped’. From the memories that haunt the wild landscape of the Hebrides.

My thoughts..
After an absence of twenty years, Tommy Baird returns to the remote Hebridean island of Litta the place, where until he was eight years old, he called home. However, after a horrific family tragedy, of which Tommy was the sole survivor, his life suddenly became one of bewilderment, heartbreak and unresolved grief.
Returning to the island, Tommy must face the demons of his past but getting away from the events of twenty years ago is harder than he could ever have imagined. Memories lie deep and there are still so many unresolved issues that Tommy is drowning in a sea of sorrow but there is no-one out there who can throw him a life belt. The islanders try their best to welcome Tommy home but none of them really know just how damaged Tommy is by the events of his childhood.
Our Fathers is a beautifully written character driven novel in which grief and loss sit against a backdrop of deeply hidden violence. The added complication of living in a community where everyone knows each other makes the claustrophobic nature of the island all the more convincing. The isolation of Litta, with its many moods and nuances, is as much a character in the story as are those who make the island their home, but with the spirit of Litta in his heart Tommy needs to shed the burden of grief he carries in order to have any chance of  happiness.
Our Fathers is an emotional and deeply affecting story about one man's search for resolution in place where the truth has been so deeply buried, within the landscape of personal survival, that it may never be found. A absolute hidden gem of a story, and one that will stay with me for a long time.
About the Author
Rebecca Wait grew up in the Oxfordshire countryside and studied English at Oxford University, graduating with a first in 2010. She has previously written two novels,The Followers and The View on the Way Down. She lives in London.
Twitter @ #OurFathers
@riverrunbooks
@QuercusBooks 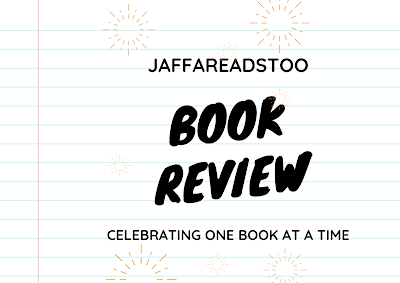