Book Birthday Blitz ~ The Perfect Match by Zoe May


Delighted to be part of this Book Birthday Blitz

Sophia Jones is an expert in all things online dating: the best sites, how to write a decent bio, which
questions to ask and the right type of photos to use. The only thing she’s not so great at? Picking the guys...

After sitting through yet another dreadful date with a man who isn’t quite what she expected, Sophia is just about ready to give up on the whole dating scene. But her flatmate, Kate, persuades her to give it one more chance, only this time she must create a profile describing her ‘perfect’ man.

Yes, he must look like Robert Pattinson and needs to own a multi-million pound business, but there are a couple of other breakers, too! So, when a guy comes along who ticks every box, surely there’s got to be a catch?

Sophia thinks that she is something of an expert when it comes to dating sites as she's used so many of them but after 71 dates she always seems to end up with the weird guy. After another awful date night with a guy who was more interested in his udon noodles than Sophia, she decides with the help of her flatmate, Kate, to give this dating lark another go. Listing the credentials of her absolutely perfect match Sophia thinks that she is facing an impossible task trying to find her 'Mr Perfect', but then the fickle finger of fate has a funny way of intervening.

When then follows is a light-hearted romantic comedy which looks at all the quirky aspects of internet dating whilst at the same time being an entertaining and fun read. I enjoyed getting to know Sophia, although there were times when she exasperated me, but the author does a great job of creating a very modern day scenario with a feisty and realistic heroine. The author writes well and has created a set of likeable and believable characters who drive the story forward and I particularly enjoyed that I didn't always know what was going to happen next for Sophia, and her friends.

A Perfect Match is a delightful rom-com which is just the pick up needed for a dark and dreary afternoon. 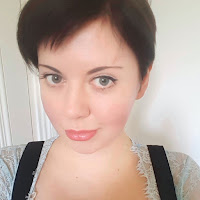 Zoe May lives in southeast London and writes romantic comedies. Zoe has dreamt of being a novelist since she was a teenager. She worked in journalism and copy writing before writing her debut novel,Perfect Match. Having experienced the London dating scene first hand, Zoe could not resist writing anovel about dating, since it seems to supply endless amounts of weird and wonderful material!Perfect Match was one of Apple's top-selling books of 2018. It was also shortlisted for the Romantic Novelists' Association's Joan Hessayon Award, with judges describing it as 'a laugh out loud look atlove and self-discovery - fresh and very funny'.As well as writing, Zoe enjoys walking her dog, painting and, of course, reading! She adores animals and if she's not taking a photo of a vegan meal, she's probably tweeting about the dairy industry. Sheis half Greek and half Irish and can make a mean baklava. Zoe has a thing for horror films, India,swimming, hip hop and Radiohead. She has an encyclopaedic knowledge of handbags having spent several years working in fashion copywriting and could probably win Mastermind if this was her specialist subject.

Zoe loves to hear from readers, you can contact her on: