Blog Tour ~ A River in the Trees by Jacqueline O'Mahony


Two women. Two stories. One hundred years of secrets. Everything I love about dual time stories is found in A River in the Trees which looks at two very different women whose stories overlap and interweave in a story of family secrets and hidden tragedy.

1919, and in West Cork, Hannah is living a bleak existence on the family farm. It's a life of hardship which is made all the more complicated by the family's involvement in the Irish War of Independence. Hiding a group of rebel fighters in the attic at the farmhouse puts Hannah and her family in grave danger from the notorious Black and Tans who will stop at nothing to apprehend the rebels and prevent insurrection. Hannah is attracted to O'Riada, the fanatical leader of the rebels, a connection which will have repercussions for  Hannah, and her family, for generations to come.

In 2019, Ellen is at a crossroads in her life. Unsatisfied by both her work and her relationship with her husband, Ellen returns to Ireland to discover more about her family history. What she finds when she starts to dig into the past is both poignant and shocking in equal measure.

Moving both forwards and backward quite seamlessly A River in the Trees is a beautifully written story about family secrets. It's about living in a time when families were divided not just by politics  but by the way the harsh realities of life influenced everything about their world and their place in it. Moving forwards a hundred years and Ellen's story shows her to be in a very different world but yet, the parallels still remain of troubled family dynamics and of relationships which are fractured beyond repair.

I started to read A River in the Trees at the start of this new year and by the time I was just a few pages into the story, I knew that this book, my first read of the year, was rather special. I turned the pages eagerly wanting to know more, not just about Ellen in the here and now but also about Hannah,  a true heroine, whose  desperately sad story will stay with me for a long, long time. 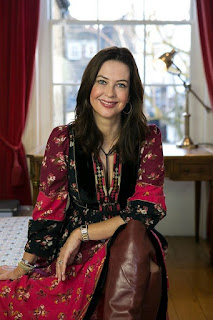 Jacqueline O'Mahony is from, Cork, Ireland. She did her BA in Ireland, her MA at the University of Bologna, and her PhD in History as a Fulbright Scholar at Duke University, and at Boston College. She has worked as a writer, editor and stylist at Tatler, Vogue and the Irish Independent.
She lives in Notting Hill with her husband and three young children. 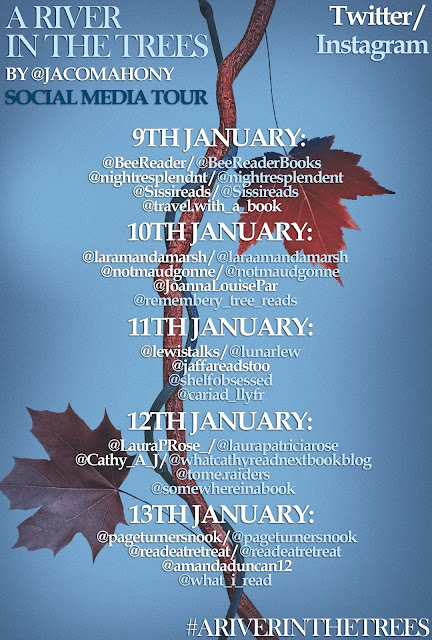