The Pluckley Psychic Historical Society is based in Pluckley, Kent, the most haunted village in England. Its founding members are the noted academic, historian, and Cambridge scholar Winston Hatherton, the white witch Florence Dearden, and the celebrated medium Jocasta Bradman. They are assisted by an 18th-century super-ghost called Jasper Claxton, although none of the society members are aware that Jasper is a ghost.

This is the third book in ‘The Ghost from the Molly-House’ series, and this book describes how the Psychic Historical Society was set up and goes back to the group's first two official cases in 1919, just after the end of the first world war. The first story, ‘The Jewellery Box’ involves a 16th-century jewellery box made from precious metals, which is found buried in a garden and reveals a 400-year-old mystery.

The second story, ‘The Book of Souls’ is set in Huddersfield, England, at a place called Jubilee Tower or Castle Hill, which was built to commemorate the diamond jubilee of Queen Victoria and is on the site of ancient bronze and iron age settlements dating back 4000 years. An old book of spells is found, and once opened, it appears to have released something ominous.

The Ghost from the Molly-House series is a collection of amusing paranormal mysteries, which will appeal to fans of history, period detective novels, tales of haunted houses, and all things that go bump in the night. Although this is the third book in the series, the novel can be enjoyed as a stand-alone story in its own right.


Well, this one took me by surprise. First off the title intrigued me, and then, I discovered, in the introduction, that Pluckley in Kent really exists and is considered to be one of the most haunted villages in England. That's when the whole idea of a couple of stories based around paranormal activities headed by a group of quirky 'ghost hunters' started to appeal.

There are two stories in this volume : The Jewellery Box which is set in the village of Pluckley focuses on some dark events which have been stirred up by the discovery of an old jewellery box in the grounds of the 15th century Marcheford House. This is an atmospheric story nicely interspersed with historical detail and some ghostly paranormal activity.

The Second Story: The Book of Souls was altogether darker in content and its setting in the north of England  gave the story, if anything, a more mysterious air than the first, however, as the stories follow chronologically in time, one set in February, and the other in March 1919, there's still a nice blend of continuity between them both.

I think what works the most is the clever blend between the historical background and the lure of the paranormal mysteries. There's a nice authentic feel to the story which backs up the amount of research which has obviously been done and I think the author has done a good job at creating atmosphere so that the mysteries at the heart of The Pluckley Psychic Historical Society certainly come to life in a light hearted way.

Whilst this is the third book in The Ghost from the Molly-House series it is perfectly possible to read it as a stand-alone. It’s a light hearted paranormal / historical mystery with bags of personality and two interesting story lines. 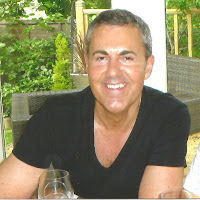 I was born in Huddersfield in England where I have lived for most of my life. I've always enjoyed writing, but I actually worked for many years in Mental Health. Since I retired writing has become my full-time occupation. My fictional book genres are humour, paranormal-historical-fantasy, mysteries, and fashion. I'm currently working on my next book 'The Psychic Agency'. Which is the fourth in 'The Ghost from the Molly House' series, and will be out next year. I don't write horror as such, my books tend to revolve more around the paranormal, hauntings, history, and the mysterious with some humour, so you won't find a lot of gore.