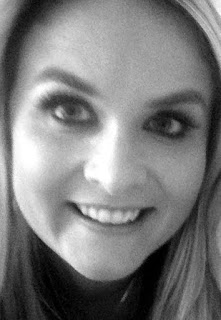 
As well as being a fiction writer, I’ve covered areas from art and culture to sport science and astrophysics used by media like The Guardian and the BBC as sources for stories. Working with NASA discovering new planets ,and conservation scientists for the evolution of language and orang-utan ‘kiss squeaks’ have been two particular highlights this year.

My first novel Definitions was published in 2015, and I have been commended for short stories and novel extracts in a number of publications, competitions and academic journals. My postgraduate teaching has included how to ‘pitch’ to agents and publishers and social media for writers. I have judged fiction competitions and spoken in schools and high profile events on writing as a career. I have also worked as an advisor and editor for aspiring writers and authors, many who have gone on to become published and win awards. 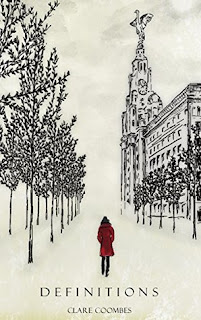 But how did I get into writing at all? Most authors would probably say they’ve been writing for as long as they can remember, I’ve said the same in interviews in the past, but it was really after my mum died that I started to take it seriously. That doesn’t mean anything I wrote at the time was good, in fact most of it, particularly the fiction, was bad, but it was a way of me starting to work through my grief.

My first published articles were non-fiction. The one I’m most proud of is still ‘Beyond Hollywood Grief’ in Openmind Mental Health Magazine where I talked about the effects of bereavement on those who are at that in-between stage in life – not feeling like a child or an adult, while being treated as both simultaneously. I wrote it so that other people who had been through the same thing as me could read it, which leads onto another reason I became an author, reading.

Books have always there for me through everything. That doesn’t mean I was lonely or anything, although I was a bit of a weird child. I had a form of crippling shyness up to around senior school that I think reading helped me get out of, because it gave me the confidence to be me. It let me know that there were other weird people with weird thoughts out there. I’m still an introvert, as I think most writers are, but reading helped me manage that. These days I’m even proud of being one.

I got better at fiction because I worked at it. Some people say that writing should be a natural talent and you can’t teach it but that is wrong. All talent needs teaching, in any subject. You wouldn’t tell someone who was good at football or tennis that they didn’t need to train. And I did lots of training. I did a Masters in Writing at Liverpool John Moores University, joined writing groups, read and wrote a great deal and researched.

My style is to take a life experience and use the emotions to produce a piece of fiction that I think will help people. That’s why, after a recent maternity leave break I’m working on - The Mum without a Mum Diaries. It’s a bit of Adrian Mole meets Bridget Jones and I’m including the first preview of the book blurb and chapter in this interview.

Most books about the experiences of being a mum are non-fiction. There are also a limited number that look at how you cope with being a mum when you have lost your own. This is my own life experience as my mum died when I was 18 and I've just had a baby but I didn't want to do this as an autobiography. Instead I thought I could put the emotions in but create a fictional piece with additional plot threads (not based on my life) so this would appeal to a range of readers.

The Mum without a Mum Diaries

How do you become a ‘proper’ mum when you don’t have one? Who do you ask for advice on how to look after a baby while dealing with a boyfriend who is a brilliant father but thinks marriage is a bigger commitment than having a child? And don't even mention all the baby bystanders – his parents, well-meaning-but-occasionally-mean-friends, the Daily Mail, hitting the bottle over breastfeeding and groups like bingo-bongo-baby-massage-while playing-the-drums-upside-down-and-reading-your -baby-war-and peace. Alicia Matthews is experiencing so many trials of being a mum without a mum, and she needs someone to listen.

Read a preview of the first chapter by clicking here

Your first book, Definitions, is set in Liverpool– how the people did and its landscape shape your writing experience?

Liverpool has so much to offer architecturally, culturally, intellectually and historically. Growing up here, I’ve watched it develop, even go through some very dark times, and it’s an extraordinary place. It’s a city that’s built on the experiences of refugees and an example of hope in the current refugee crisis. I loved using this strength and resilience for my characters in Definitions, along with the humour and language of Liverpool.

I wanted to share the city with people. My upcoming novel is set in Liverpool too.

As a writer based in the North West, does this present any problems in terms of marketing and promoting your book and if so, how do you overcome them?

There’s so much support for writers in Liverpool, particularly through organisations like Writing on the Wall. They link literary agents in London to writers in the North West through events like Pulp Idol. This is a sort of X-Factor for writers, complete with live studio readings and judges asking ‘why do you think you can write. But it’s brilliant and it got me published. Through this and writing groups, like the one I started in set up by Jimmy McGovern and his wife, there’s a lovely little writing network where everyone knows someone who knows someone. We all help each other.

For me, based in Liverpool, there’s something magical about living by the river. And there are so many places to get creative inspiration, parks, the bustle of Bold Street, the cathedrals. Liverpool has the most museums outside of London and so many films and TV programmes have been filmed here using the stunning city backdrops. Recent examples include Peaky Blinders, Sherlock Holmes, Chariots of Fire, Harry Potter, Fantastic Beasts and Where to Find Them. Liverpool is also the most popular UK city used by Charles Dickens in his novels. Something is always happening and the theatres, like the Everyman always have amazing productions on, like the recent fantastic Fiddler on the Roof. It’s a great place for writers.

As mentioned earlier, organisations like Writing on the Wall bring writers together. I also think social media is a great place to connect. Local bookshops, writing courses and groups keep us all going, far from being in an empty room, typing away without interaction. I also have the most inspiring writing circle of published female writers. We all meet once a month for food, chats and critique.

Bookshops and libraries have been a great support. I’ve taken part in events at Write Blend bookshop in Waterloo, Liverpool Central Library, Writing on the Wall, LJMU, Waterstones and local schools.

If someone is new to your work, how would you describe Definitions in five words??

Gone Girl meets Mean Girls and the new one is Adrian Mole meets Bridget Jones. I like describing things in terms of how they ‘meet’.

You can read a preview of Clare's latest novel, by clicking here

My thanks to Clare for spending time with us today and for telling us about her love for Liverpool and for sharing her writing with us.