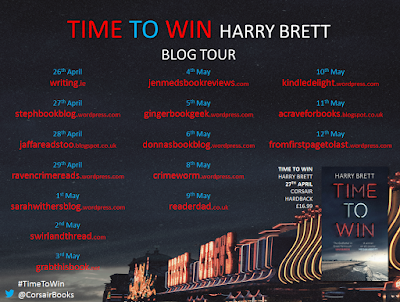 When local crime boss Richard Goodwin is pulled from the river by his office it looks like suicide. But as his widow Tatiana feared, Rich collected enemies like poker chips, and half of Great Yarmouth's criminal fraternity would have had reason to kill him.

Realising how little she knows about the man she married, Tatty seeks to uncover the truth about Rich's death and take over the reins of the family business, overseeing a waterfront casino deal Rich hoped would put Yarmouth on the map.

Out of the shadows at last, it is Tatty's time now, and she isn't going to let Rich's brother, or anyone else, stand in her way. But an American has been in town asking the right people the wrong questions, more bodies turn up, along with a brutal new gang. The stakes have never been higher.

With her family to protect, and a business to run, Tatty soon learns that power comes with a price...

When Richard Goodwin is pulled from the river, his death opens up, not just a can of worms within his business interests, but also highlights the growing unrest within his family. And, as the story progresses, you start to realise that there are so many hidden secrets stored away that trying to piece them all together is rather like sitting with a complicated jigsaw puzzle.

The coastal area around Great Yarmouth works as the setting for the novel and the author does a good job in recreating the essence of a town slightly down on its luck. The petty squabbles and indifferences of those who once came into contact with 'Rich' Goodwin shows that he was a wheeling and dealing entrepreneur with too many fingers in far too many different pies. For his wife Tatty, trying to unscramble the mess that Rich's death leaves behind is, for her and the rest of the family, a growing nightmare.

Overall, the story works well and the mystery at the heart of the novel is well explained and keeps the reader guessing, although I have to say that I had my suspicions quite early on in the story, but that was ok as I enjoyed how the author took the reader through the whole of the journey. The multiple strands within the plot come together, with the ending leaving room for further continuation.

However, with any new series it takes time for the main characters to become established, and for readers to invest in the time needed to follow each successive story. I think that Time to Win  gets the series off to a good start and I am sure that both the writer and the series will go from strength to strength.

Best Read with...newspaper-clad fish and chips and a slug or two of champagne.. 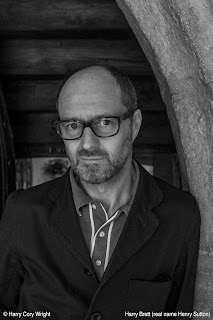 Harry Brett is a pseudonym for Henry Sutton, who is the author of nine previous novels including My Criminal World and Get Me Out of Here. He also co-authored the DS Jack Frost novel, First Frost, under the pseudonym James Henry. His work has been translated into many languages and he has judged numerous literary prizes, including the John Lewellyn Rhys Prize and the Theakstons Old Peculier Crime Novel of the Year. He is the co-founder of the Noirwich crime festival and has been the Literary Editor of Esquire magazine and the Daily Mirror. He teaches Creative Writing at the University of East Anglia, where he is a Senior Lecturer and the co-director of the MA Prose Fiction course. He is also the director of the new Creative Writing MA Crime Fiction. He lives in Norwich with his family and is available for interview and to write features.

My thanks to Hayley at Little, Brown and Corsair for the invitation to be part of this tour and for sending a  copy of the book to me to read and review.