Blog Tour ~ As Good As Gone by Amy Gentry

Good as Gone by Amy Gentry 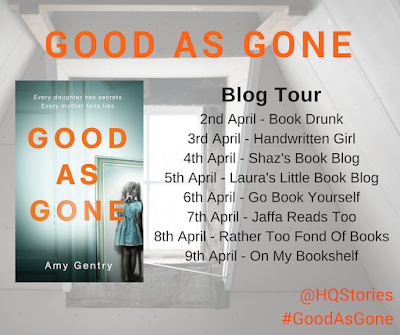 Thirteen-year-old Julie Whitaker was kidnapped from her bedroom in the middle of the night, witnessed only by her younger sister. Her family was shattered, but managed to stick together, hoping against hope that Julie is still alive. And then one night: the doorbell rings. A young woman who appears to be Julie is finally, miraculously, home safe. The family is ecstatic—but Anna, Julie’s mother, has whispers of doubts. She hates to face them. She cannot avoid them. When she is contacted by a former detective turned private eye, she begins a torturous search for the truth about the woman she desperately hopes is her daughter.

When thirteen year old Julie Whittaker is kidnapped from her home in the middle of the night, the only witness to this event is her younger sister, Jane. The intervening years are difficult for the Whittaker family, not just for Jane, but also for her parents, Tom and Anna. The frantic search to find Julie comes to nothing, and consequently the effect of her disappearance on the family unit is devastating. Then one night, some eight years later, the doorbell rings and everything is changed ...forever.

What then follows is a tightly scripted family drama which explains in graphic detail the real reason for Julie's disappearance. Told from the viewpoints of several different narrators, a shocking and, at times, uncomfortable story emerges, one of exploitation and degradation and of the appalling truth of family secrets and hidden lies.

The author writes with confidence and controls the complexity of the narrative with skill and an obvious talent for storytelling. The plot is complicated and doesn't shy away from the faults and failings of everyone who was involved in Julie's disappearance.  As a suspenseful novel it works well and as the story progresses it shows just how difficult it is to define truth and justice. It's also interesting to observe that the core of the narrative strips away the relationship, not just between siblings, but also between husband and wife, parent and child and also between those people who flit into and out of Julie's troubled life.

All things considered this is an interesting debut novel from a promising new writer.

Best Read With ...A burger with spicy fries and an Americano, piping hot... 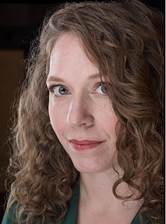 Amy Gentry lives in Austin, Texas, with her husband and two cats. After graduating in 2011 with a PhD in English from the University of Chicago, she began a freelance writing career, writing book reviews, cultural criticism, and, for one strange and wonderful year, a fashion column. She frequently reviews fiction for The Chicago Tribune. Good As Gone, her first thriller, is set in her hometown of Houston, Texas.

My thanks to Rebekah at Midas for the invitation to be part of this tour and also to the publishers HQ for my copy of Good as Gone.