Blog Tour ~ Under a Sardinian Sky by Sara Alexander

Under a Sardinian Sky Blog Tour 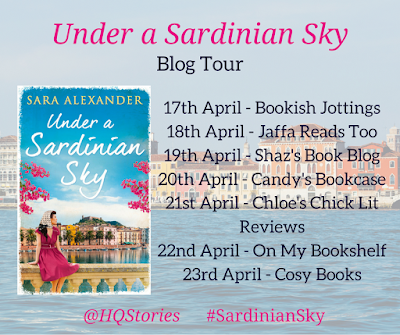 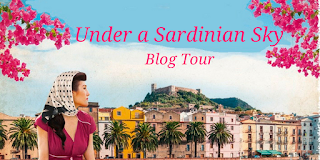 How I’d Cast Under a Sardinian Sky


My family and I indulge in these musings quite often - the dinner table has become very animated in the process! It’s really hard for me to picture anyone other than Paul Newman and Marlon Brando in the two male leads. There is the slight problem of neither of them walking this earth any longer, but Newman’s dreamy quality is the perfect sensitive pitch for Kavanagh, the lieutenant stationed in Sardinia who invites our female protagonist, Carmela, to work for him as an interpreter. Kavanagh is a man of great mental and physical strength but with an innate humility and ability to put others at ease. He doesn’t use his rank to intimidate. The island of Sardinia bewitches him as soon as he lands there. Everything about it is intoxicating to him, the untouched wilderness, the azure coves, the food and the fierce sense of family within the communities.

In stark contrast, the brooding yet compelling Brando, would play Franco, Carmela’s fiancé. He is charming and changeable. His worldview is very fixed and narrow. He is set to become one of the richest and influential men in the town, a role he takes on with neither grace nor wit. His charm is nevertheless magnetic, despite a volatile temper.

The role of Carmela requires an actress of great sensuality but lack of vanity, she would need to have a breezy un-self conscious manner. Carmela is ambitious, skilled and with great reserves of determination. She is imaginative with the practical head to see through her ideas. There is also a fearlessness to her, which deepens as the story progresses. I can picture Catherine Zeta-Jones in her early television days of The Darling Buds of May. She had a wholesome, compelling verve which is how I see Carmela, as well as an innate, unaffected beauty.

I suppose actors preparing for these roles would need to study the Sardinian culture well – it really is quite different to what we understand as Italian. They are a diffident people, slow to trust others but ardent once those friendships are formed. Life in 1950s Sardinia was a world away from the awakening taking place in other parts of Europe at the time. It remained, in some parts even to this day, a very much undiscovered place, with hidden mountainside villages inhabited by men and women who clung fierce to their traditions and perhaps, some would say, dabbled in magic…

For Mina, a London-based travel writer, the enigmatic silence surrounding her aunt Carmela has become a personal obsession. Carmela disappeared from her Italian hometown long ago and is mentioned only in fragments and whispers. Mina has resisted prying, respectful of her family’s Sardinian reserve. But now, with her mother battling cancer, it’s time to learn the truth.

1952, Simius – a busy Sardinian town surrounded by fertile farms and orchards. Carmela Chirigoni, a farmer’s daughter and talented seamstress, is engaged to the son of the area’s wealthiest family, Franco. To the town’s eyes it’s a perfect match, but Carmela holds doubts about Franco’s possessiveness - doubts which are only magnified once she meets Captain Joe Kavanagh.

Joe, an American officer stationed at a local army base, is charismatic, intelligent… and married. Hired as his interpreter, Carmela resolves to ignore her feelings, knowing that any future together must bring upheaval and heartache to both families.

As Mina follows the threads of Carmela’s life to uncover her fate, she will discover a past still deeply alive in the present, revealing a story of hope, sacrifice, and extraordinary love.

I like stories that take me to a time and place that is unfamiliar to me and in Under a Sardinian Sky, the author takes us to the Mediterranean island of Sardinia and back to the early 1950s when the island was still reeling from the repercussions of WW2.

The story explores the life of Carmela Chirigoni, a feisty farmer’s daughter, who is engaged to be married to Franco, the son of one of the wealthiest families in the village of Simius, and yet, it is the story of Carmela’s ill-fated attraction to Captain Joe Kavannagh, an American officer stationed on the island, where the story starts to take flight.

Under a Sardinian Sky is a nicely written family drama by an author who clearly has a skill for storytelling. Time and place feels comfortably realistic and the sights, sounds, smells and tastes of this wonderful Mediterranean culture come alive in the imagination. Within the central theme of the story there is much to take in, and to say too much about the plot would spoil the overall effect, but what I will reveal, is that the story abounds with the drama of hidden family secrets which threaten to over shadow not just the past but also towards the future.

Best read with…thin slices of seadas, drizzled with warm honey and a basket of sun ripened plums and peaches... 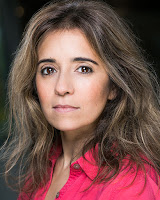 Sara Alexander has worked extensively in the theatre, film and television industries, including roles in much loved productions such as Harry Potter & the Deathly Hallows, Doctor Who, and Franco Zeffirelli’s Sparrow.


Growing up in North West London, Sara attended Hampstead Comprehensive School, before going on to graduate the University of Bristol with a BA honours in Theatre, Film & Television, and Drama Studio London with a postgraduate diploma in acting. She now returns to her Sardinian routes through the pages of her debut novel Under a Sardinian Sky.

Under a Sardinian Sky by actress and author Sara Alexander is out 20th April (HQ, £7.99)

Huge thanks to Sara for this fascinating guest post
and also to  Rebekah at Midas PR for my invitation to be part of the tour and also to HQ Books for my copy of this book to read and review.