Matilda, Empress of the Germans and Lady of the English, daughter of Henry I of England, was always destined to be used as a political pawn and her life from childhood was governed and shaped by the men who would control her destiny.

Twice Royal Lady begins in Germany when eight year Matilda is being prepared for her betrothal to the future Holy Roman Emperor, Henry V. We begin to learn what shaped Matilda's character and where she got the indomitable strength which she would later have to rely on.

Matilda's life is well-documented and has been the subject of many historical novels, all of which portray Matilda as a remarkable and formidable woman. This book is no exception, and whilst it doesn't throw up any new evidence about her life, it does reiterate just how fickle medieval politics was, and shows the capriciousness and volatility of male dominance.

There is no doubt that medieval history is a fascinating minefield of plot and counter plot and I think
Hilary Green has done a good job in bringing the medieval world to life in a very readable way. Both time and place feel authentic and the author is largely considerate towards Matilda and describes her life in an interesting and informative way. 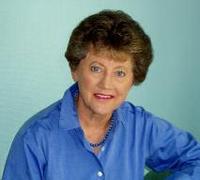 Hilary Green is a trained actress and spent many years teaching drama and running a youth theatre company. She has also written scripts for the BBC and won the Kythira short story prize. Hilary now lives in the Wirral and is a full time writer.

My thanks to Buried River Press for my review copy of Twice Royal Lady.