Review ~ The Sisters by Claire Douglas

Abi is mourning the loss of her beloved twin sister, Lucy. When she spots Bea on the crowded streets of the city of Bath, the resemblance to Lucy is uncanny. Irresistibly drawn towards Bea, Abi is aware that there is an instant rapport between them; it’s as if they each recognise in the other something that has been missing from their lives. When Abi is invited to move into the beautiful house Bea shares with her twin brother Ben, an unlikely friendship develops between them all and as Abi gets drawn deeper and deeper into Bea and Ben’s world, cracks start to appear in this unusual friendship and a distinct air of menace starts to pervade.

The book gets off to something of a slow start but I felt that this was entirely appropriate as it allows the atmosphere to develop in such a way that the subtle changes which start to occur really heighten the tension. In many ways, I think that it’s a story of contrasts, cleverly manipulated blends of light and shade and lots of subtle pointers which really make you sit up and take notice. The characters are wonderfully diverse, all fatally flawed in their own way, and I so enjoyed trying to dissect the nitty-gritty of their personalities and in the end became quite beguiled by all of them, particularly, Ben, who I so wanted to like and found that I didn’t like him at all and couldn’t understand why I took such a dislike to him.

There are several twists in the story which took me unawares and I like that – I like being surprised by characters. I don’t always want to know what they are going to do next. I think that there was the just about the right balance of suspicion, not too much to have me doubting that it could ever have happened like that and with enough disturbing moments to make the book nicely creepy.

So, overall, I think this is a good debut novel and I hope that this talented new author has more books to share with us in the future. 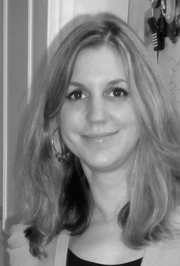