Review ~ Children of the Chieftain : Betrayed by Michael E. Wills


When the town of Birka is raided by the most fearsome of Vikings, the Jomsviking, many of the people are captured. A group of orphans are forced to take action and lead their friends in a desperate attempt to rescue the captives. But not all of their allies are as loyal as they should be. The brave children are betrayed and find themselves in grave danger of captivity and risk being sold into slavery.

I have a great passion for historical fiction and can remember quite clearly when I was an early reader at primary school racing through stories of great adventure and of the thrill of being transported back in time. I am sure that modern day children are no less excited by the tales of derring-do and that even in this computer age , the majority of kids can appreciate a good story when they see one.

When asked to read and review Children of the Chieftain: Betrayed, I agreed eagerly as I have already read the work of this fine author before and I knew that even though this story is distinctly targeted at the children’s market, it would appeal to my sense of fun and adventure.

The story is really well written with an entirely appropriate sense of adventure which neither patronises nor overly protects its young audience. There’s a definite sense of time and place and the palpable air of fear generated by the Viking raid is particularly well done. The young people, on whom the book focuses, are feisty and fearless and show remarkable fortitude in the presence of great danger.I think that this is something that would appeal to, maybe, eight to thirteen year olds who enjoy a rollicking good adventure, and it works equally well as an introduction to Scandinavian history.  The book is a perfect length, I read it quite comfortably in the space of an afternoon, but probably a child with rather more distractions may want to read it, either with an adult or curled up on a chair, over a  longer period of time.

I am also reassured that there is to be a sequel - Children of the Chieftan : Banished, is expected sometime next year, so there’s plenty of adventure still to come, and in the hands of this fine writer, I am sure that it’s going to be something to really look forward to. 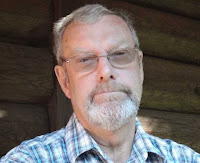 Children of the Chieftain: Betrayed is currently the HNS Editor's choice and has been longlisted for the HNS Indie Award 2016 - here

My thanks to Michael for sharing his book with me.