Jaffareadstoo is delighted to be today's blog tour host 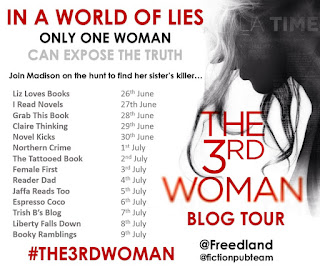 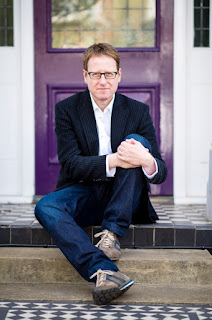 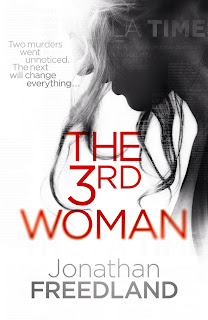 Jonathan Freedland is perhaps better known as Sam Bourne.
With The 3rd Woman he has come out from behind his pseudonym to enthrall us with a fast paced thriller which grips from the very beginning. 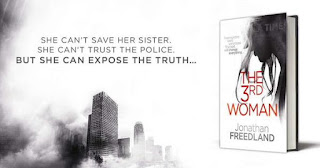 SHE CAN’T SAVE HER SISTER

Journalist Madison Webb is obsessed with exposing lies and corruption. But she never thought she would be investigating her own sister’s murder.

SHE CAN’T TRUST THE POLICE

Madison refuses to accept the official line that Abigail’s death was an isolated crime. She uncovers evidence that suggests Abi was the third victim in a series of killings hushed up as part of a major conspiracy.

SHE CAN EXPOSE THE TRUTH

In a United States that now bows to China, corruption is rife – the government dictates what the ‘truth’ is. With her life on the line, Madison must give up her quest for justice, or face the consequences…


Under the pen name of Sam Bourne, Jonathan Freedland has already established himself as a talented and worthy author of suspenseful fiction. In The 3rd Woman, he has forgone the security blanket of publishing under his successful pseudonym, and has produced a really high octane thriller which takes as its starting point the sudden death of Abigail Webb, a young woman of flawless reputation. Madison Webb, a feisty and determined reporter, and Abigail’s older sister, will stop at nothing to find out why her sister died. When Madison discovers that two other young women have died in similar tragic circumstances she is determined, more than ever, to uncover the truth. However, as Madison delves deeper and deeper into this web of lies, her powers of observation are stretched to breaking point, and the discovery of scandalous behaviour at the highest level, will put her in grave danger.

Setting the story in a time when the United States has defaulted on its national debt, and has been usurped as a super power by China, adds an interesting dystopian element, and the otherworldly atmosphere which exists throughout feels frighteningly realistic. The short and concise chapters help maintain the snappiness of the suspense and allow the story to evolve in a believable and exciting way. The story line, as it develops, is tense, with elements of danger and there are some nasty situations which occur for Madison and her friends, all of which, had me turning the pages faster and faster, in order to see what happened next. I thought the ending was cleverly contrived and entirely convincing.

Overall, I really enjoyed the story. There are more than enough twists and turns in the plot to keep you guessing, and I am sure that the legions of Sam Bourne fans will be delighted with this author's venture into writing under his own name.


My thanks to Hayley at Harper Fiction for my invitation to be part of this exciting blog tour
and to Killer Reads for introducing me to this book and author.

You can listen to Claudia Winkleman on BBC Radio 2
talking about The 3rd Woman start listening at 1:28