An author interview with ....Anthony Quinn 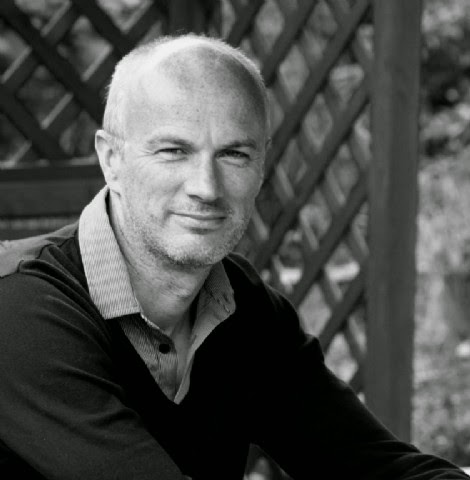 Where did you get the inspiration for The Blood Dimmed Tide?

It might seem bizarre material for a crime novel, the doomed search of a Nobel Laureate poet for evidence of the supernatural, but I've been a fan of WB Yeats and his poetry for years, so much so that I was able to recite several of his longer poems in order to woo my wife Clare on the evening we first met. The beaches where he composed some of his most famous works are places that I visit frequently. Over the years, I've often wondered what went through his mind as he trod the shoreline at Lissadell and Rosses Point. So I didn't have to travel too far mentally to arrive at the idea of a supernatural mystery thriller with Yeats at its heart, and the silver strands of Sligo as its stage.

Those beaches weren't so much the inspiration as the steady stimulant that helped produce The Blood Dimmed Tide. I'm talking about rugged, empty beaches that are as much a means of escape from the everyday routine as writing itself, or travelling to more far-flung destinations. I wanted to write a book that was steeped in their light and sound. One that would make the reader keep turning the page.

What can you tell us about the book that will pique the reader's interest?


The thing about Yeats is that what you learn from his personal life in his biographies is very different from what you understand about him from reading his poetry. Yeats navigated much darker territories that his literary work only hints at. As a poet, he comes across as a very intellectual and reserved man but the truth was something quite different. He had a nose for trouble and surrounded himself with volatile characters, emotionally, politically and spiritually. He dabbled in all sorts of esoteric practices and rituals, such as 'false-hanging' and rebirth ceremonies. He was a leading member of the Golden Dawn, a society of mystics devoted to the practice of magic, and once had to evict the satanic Aleister Crowley with force from a meeting. Even his relationship with his wife Georgie was full of secrets. He was prepared to go to any length in his adventures as a supernatural sleuth. In one pivotal beach scene in the book I have him threatening to knock the narrator unconscious in order to access his dreams. Yeats was very good company in the fourteen months it took to research and write The Blood Dimmed Tide. I hope that he will prove equally irresistible to readers.

When do you find the time to write, and do you have a special place to do your writing?


I’ve always written around my day job and my hectic family life - we have four young children. I find that the busier you are the more you get done. Writer’s block is a luxury a harried father can’t afford. So I rise at 6am and work for a few hours, and resume last thing at night for a couple more. There are sacrifices, usually in the form of entertainment and a social life. However, spending several hours alone with a blank page every single day changes you, for the better, I think. You become more reflective and meditative. In terms of stimulants I rely heavily on tea, and frequent nibbles of chocolate. I also find that having a patch of the colour blue within my peripheral vision also helps with writing. I read somewhere that the colour stimulates creativity, and it really does seem to work.


Unfortunately, I'm finding that my valuable writing time is being siphoned away promoting my books, four of which are being published in a twelve month period. Disappeared’, my debut, was published in August, shortly before ‘The Blood-Dimmed Tide’. ‘Border Angels’ is out in January, while ‘Blind Arrows’ is scheduled for next summer. At the minute, I’m putting the finishing touches to the third Celcius Daly novel. However, in spite of appearances, I'm not Ireland’s answer to George Simenon. The five books have been written over six years or so. Whenever I finished one book I moved swiftly to the next; each one was an all-consuming obsession, filling my waking thoughts and quite a few of my dreams. In the end, however, they were the very opposite of children. Once they were created, I disowned them completely and moved on without looking back. It’s the only way to work as a writer otherwise you would never create that elusive perfect novel.


Can you tell us what's coming next ?

I've already written the second in my Irish War of Independence trilogy - Blind Arrows, which is due to be published next summer. It is set in Ireland at the same time as The Blood Dimmed Tide, but this time has the Irish rebel Michael Collins as its principal character. It is more of a spy thriller with a dose of financial and political intrigue. I'm due to start working on my next mystery novel involving Yeats, which will be set around Thoor Ballylee in Galway, the tower in which he spent summers with his young family

There's still a chance to win a copy of The Blood Dimmed Tide in this giveaway.


My thanks to Antony for sharing his time with us and for giving such a fascinating insight into writers and writing. More about Anthony can be found on his website.

My thanks also to Clare Quinlivan at Oldcastle Books for her all help with this interview.