Review ~ The Man from Berlin by Luke McCallin


The Man from Berlin is a complicated historical thriller set during the chaos of WW2. In Sarajevo in 1943 Abwehr Lieutenant Stefan Hende is found dead, shot by killers unknown. Linked to his death, is the brutal murder of Marija Vukie, a beautiful socialite and propaganda film maker. The deaths, instead of being assigned to the local military police, are assigned to Captain Gregor Reinhardt, a military intelligence officer, who is trying very hard to keep a low profile. However, this case throws him into the very heart of political corruption.

As this is the first in the series there is rather a lot to take in about Reinhardt. His past history is complex and his strong ethical convictions often place him in direct contrast to those he serves. As a thriller, it works. The writing is assured and competent with a fine eye for detail. The plot is well controlled and the intricacies of German war politics are accurately portrayed.

However, I have to say that I struggled with the book; this was largely due to the unfamiliarity of Yugoslavian names, and the added complexities of reading about a time in history of which I know very little. However, if you are looking for a literary historical thriller and don’t mind getting to grips with a complex and intricate story line, then this first book in the Gregor Reinhardt series is a good place to start.


My thanks to Real Readers and No Exit Press for my review copy of this book. 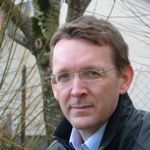